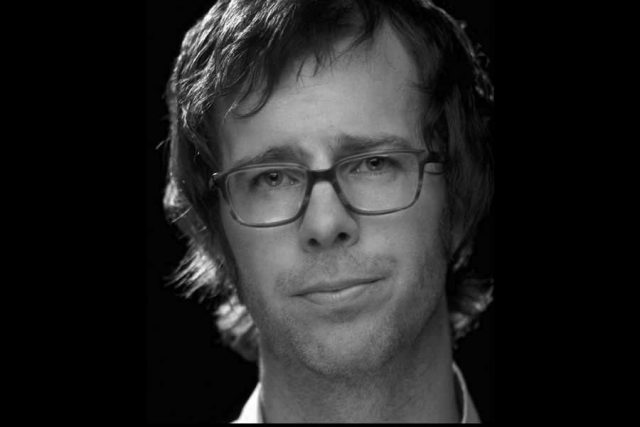 FUN FACT:
During a 2017 concert with the National Symphony Orchestra, Ben composed and orchestrated a piece live onstage in only 10 minutes.

Hailing from Winston-Salem, Ben Folds is a born and bred North Carolinian. Ben’s earliest musical roots began when his father brought home a piano one day, and at the age of nine, he began to learn the songs of artists like Elton John and Billy Joel by ear. His love of music continued to blossom throughout high school, during which he played in several bands as the pianist, bassist, and drummer.

After briefly studying classical percussion and playing in the orchestra at the University of Miami’s Frost School of Music, Ben returned to his Carolina roots and enrolled at the University of North Carolina – Greensboro. During his time at UNCG, Ben’s band – Majosha – won battle of the bands at Duke University and self-produced their own album. After Majosha broke up, Ben landed a publishing deal with Nashville music executive Scott Siman and moved to Nashville to work as a session musician for several major music labels. Despite getting some work, Ben soon moved back to North Carolina to explore different musical paths.

In 1993, Ben Folds Five emerged out of Chapel Hill, North Carolina. The trio, featuring Ben Folds, Robert Sledge, and Darren Jessee, released their first radio single, “Underground,” in 1995 and performed together on-and-off up until 2013. The band earned a strong following in both Australia and the United Kingdom, and their biggest single “Brick” broke the top 25 in the US, Canada, and Australia, and the top 30 in the UK.

After Ben Folds Five disbanded in 2000, Ben went on to pursue his solo career – releasing albums, producing music, songwriting, and contributing music to animated movies such as Hoodwinked! and Over The Hedge.

His solo efforts led to collaborations with popular musicians such as John Mayer and Regina Spektor, and he became a judge on the a cappella competition show The Sing-Off in 2009.

He was inducted into the North Carolina Music Hall of Fame in 2011, and in the same year, he received a star on the Music City Walk of Fame in Nashville, Tennessee. Currently, Ben serves as the first-ever Artistic Advisor to the National Symphony Orchestra at the Kennedy Center in Washington, D.C.

Fun Fact:
The wildly popular a cappella group Pentatonix got its start as the Season 3 winner of The Sing-Off.

Ben’s music is heavily piano based, recalling his earliest moments as a musician. He credits his percussion experience as the reason for his unique, percussive piano style, which can be heard breaking through the texture of songs like “Emaline.”

Despite considering himself to be a rock artist at heart, Ben’s work has branched in and out of the classical realm throughout his lifetime. In addition to regular collaborative performances with symphony orchestras (including the West Australian Symphony Orchestra, the Baltimore Symphony Orchestra, and the North Carolina Symphony), Ben’s Concerto for Piano and Orchestra was released as part of his 2015 album So There. This 21-minute piece pays homage to 20th century composers such as George Gershwin and Aaron Copland and combines classical music with contemporary pop harmonies. When asked about his composition experience in an interview with Yamaha, Ben explained, “I had music theory (in college), and a few times I cheated my way past my advisor to take some pretty advanced composition classes. I’ve always found it really useful to have composition tools for when you’re stuck.”

Described as “genre-bending,” Ben’s fluid musical style allows him to continue to explore his classical roots in the modern age of pop music. “The world of classical music from whence all our ideas of composition grew,” Ben once noted on his website, “That world is hurting right now, and it could use pop musicians. And pop musicians could use the classical world because it’s so full of possibility and sounds. It’s endless.”