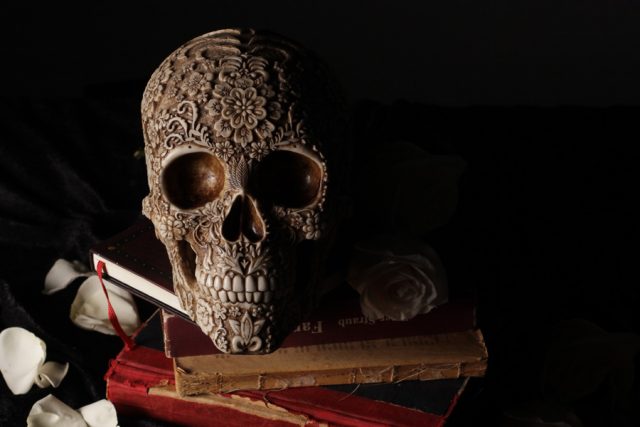 May 6, 2020WDAV BlogNews & Features, UncategorizedB250, Lawrence ToppmanComments Off on The strange saga of Beethoven’s skull

Metaphorically speaking, contemporaries seldom knew where Beethoven’s head was at when he composed. Physically speaking, that was true after he decomposed. Most of his skull remains in Vienna’s Central Cemetery, along with the rest of him — but not all.

After his funeral in 1827, the body went to a cemetery in Währing northwest of Vienna. On a bizarre note, a grave-digger was allegedly offered money to remove the head, so Beethoven’s friends kept watch over the grave.

In 1863, scientists dug up Beethoven and Schubert (who lay nearby) to study the bodies and re-inter them. Phrenology became popular in the first half of the 19th century, so they may have wanted to “read” skeletal bumps. Romeo Seligmann, professor of the history of medicine at the University of Vienna, reportedly acquired fragments of Beethoven’s skull. (More of him in a minute.) Some of Beethoven’s ear bones also went missing, probably in an attempt to see what caused his deafness.

The Viennese dug him up again in 1888 to move him to Central Cemetery. Historians say elderly composer Anton Bruckner, himself eight years away from the grave, attended the ceremony; by one account, he cradled Beethoven’s skull in his hands and may have dropped a lens from his pince-nez into the coffin, so a piece of him would lodge with Beethoven forever. (He also did his skull-seizing act on Schubert and had to be removed from both proceedings.)

Meanwhile, the skull fragments from Seligmann’s collection made their way through generations of family members and landed at the Ira F. Brilliant Center for Beethoven Studies at San Jose State University. Alas, the Californians discovered in 2015 that these pieces could not have come from Beethoven’s skull, after all.

Why does all this matter? Why did Bruckner, a devout Roman Catholic, treat the skull like a holy relic? Aside from medical questions – would ear fragments really tell us anything? – what difference does it make where the bones lie?

Maybe we’re so awestruck by his genius that we keep searching for a physical explanation. How did this overweight, hard-drinking, frequently ill man produce such an array of masterpieces? Was it simply cerebral hardwiring? A creative spark from God? Or can we find a clue among the remnants of his broken body? The question can never be answered, but we ask it anyway.