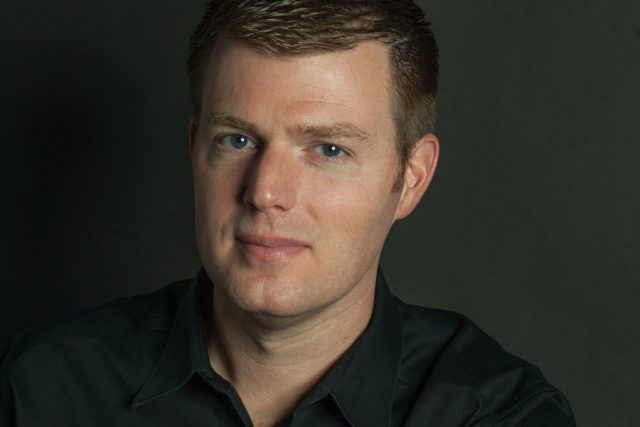 Composer Dan Forrest is known for his expertly-crafted melodies and “superb writing…full of spine-tingling moments,” primarily using sacred texts and themes (Salt Lake Tribune). With dozens of critically-acclaimed pieces for ensembles of all sizes and skill levels under his belt, Dan’s works are beloved by choral musicians and audiences alike – but composition wasn’t his first path as a musician.

Dan’s formal training as a pianist began at the age of 8, but his interest in music blossomed even earlier. In an interview with music publishing company J.W. Pepper, he remarked: “When I was really little, my mom would play little songs at the piano and teach me to hear the difference between major and minor chords… I became our church pianist when I was in sixth grade, and that gave me a lot of valuable experience while I was still young.”

Dan went on to major in piano at Bob Jones University in Greenville, SC, where his flair for composition truly took off. After studying advanced theory and composition throughout his time at Bob Jones, he remained in South Carolina as a piano teacher and later earned his D.M.A. in composition from the University of Kansas.

Though Dan’s earliest forays into composition were solo works for the piano, he discovered a deeper interest in the human voice while pursuing his Master’s degree: “I was completely infatuated with recordings of choral music, and I heard what choirs could do, musically… it was when I got excited about choirs that I really started composing.” His first published choral piece with Beckenhorst Press, “Sun of My Soul,” came out in 2001 and sparked a lasting relationship: Dan now serves as assistant editor for the publishing company.

Dan’s best-known work, Requiem for the Living (2013), began as an open-ended commission from The Hickory Choral Society in Hickory, NC, which he described as a “composer’s dream come true.” Tasked with creating a large-scale piece for chorus and orchestra, Dan chose to invert the traditional formula for a Requiem, focusing on “light, peace, and rest” for both the deceased and the living. Subsequent large-scale works include Jubilate Deo (2016) and LUX: The Dawn From On High (2017). One of his shortest choral settings, “Good Night, Dear Heart” (2008), is particularly well known in choral circles and has been published in several iterations since its original SATB arrangement, including a version for mens’ choir and a transcription for wind band.

Among numerous other awards and accolades, Dan is a two-time John Ness Beck Foundation first-place winner (2004 and 2009), a 2005 winner of the ACDA Raymond Brock Composition award, and a 2006 recipient of the prestigious ASCAP Morton Gould Young Composers Award for selected movements from Words From Paradise. In addition to his composition career, Dan is a regular adjudicator, accompanist, and educator and frequently collaborates with choral ensembles through commissions, presentations, and residencies.