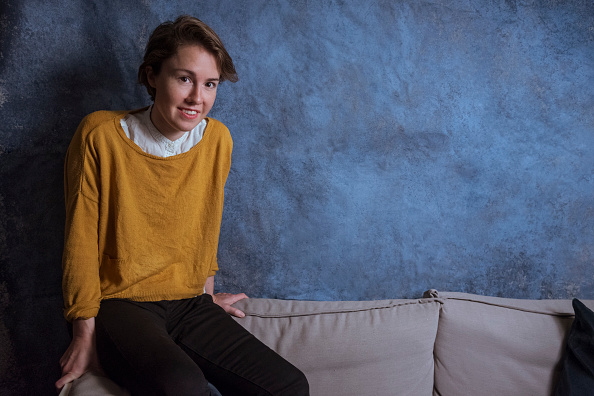 Fun Fact:
One section of Caroline Shaw’s Pulitzer Prize winning piece, Partita for 8 Voices, is inspired by Caroline’s memory of a view of the Albemarle Sound on the northeastern coast of North Carolina, where her grandmother lives.

Composer Caroline Shaw was born in Greenville, North Carolina. With her mother as her first teacher, Caroline began studying violin when she was only two years old. Her mother, a Suzuki instructor, instilled a passion for playing in Shaw at a young age, and her father, an avid pianist, also helped cultivate her love of music.

By age ten, Caroline was beginning to gain an interest in chamber music and the nature of playing music in a group. Around this time, she began to write music of her own, most of which was written in the style of chamber music from composers like Mozart and Brahms. Caroline later received her Bachelor of Music in violin performance from Rice University in 2004, followed by a master’s degree in violin from Yale University in 2007. Today, she is an adjunct faculty member at New York University and is a creative associate at The Julliard School.

Fame and the Pulitzer Prize

After graduating and moving to New York in 2008, Shaw joined the progressive a cappella ensemble Roomful of Teeth and began composing for them, including a piece entitled Partita for 8 Voices. The composition is experimental, featuring singing and speaking as well as throat singing, yodeling, and perhaps most uniquely, recitations of passages from artist Sol LeWitt’s Wall Drawings combined with square dancing calls. The eclectic combination of styles and inspirations took two years of work to finish. While enrolled in a PhD program in composition at Princeton University, she submitted Partita for 8 Voices on a whim for the 2013 Pulitzer Prize for Music – and to her surprise, she won.

At age 30, Caroline was the youngest musician to ever claim the Pulitzer Prize in her section. Her composition and vocal skills gained attention worldwide as she collaborated with Richard Reed Parry of Arcade Fire and The National after her Pulitzer win.

After performing Partita for 8 Voices with Roomful of Teeth in Los Angeles, Kanye West approached her with an offer. Producers working with Kanye were looking for someone with a classical composition background to introduce a specific, orchestral sound into Kanye’s work, while Caroline’s projects had typically incorporated elements outside of traditional “classical” sounds. In interviews with outlets like NPR and the Guardian, Caroline recalls feeling conflicted about accepting West’s proposition; however, after diving deep into Kanye’s music, particularly the song “Say You Will,” she decided to join the remixing projects.

Music in Popular Media and Beyond

With Kanye, Caroline co-produced the remix to “Say You Will” from the 2008 album 808’s & Heartbreak. She also sang and played violin in the song, injecting her own orchestral twist into the piece. The collaboration continued as she joined Kanye for his seventh album, The Life of Pablo – her voice is featured in the songs “Father Stretch My Hands Pt 2” and “Wolves” (which also features Frank Ocean). In popular culture, Caroline has appeared on TV shows including Amazon original Mozart in the Jungle (as herself conducting her compositions) and wrote the score for the 2018 film Madeline’s Madeline.

Caroline has had the opportunity to use her voice, instrumental talent, and composition skill across a variety of mediums and in collaboration with many other artists; her biography notes that she once “got to sing in three part harmony with Sara Bareilles and Ben Folds at the Kennedy Center, and that was pretty much the bees’ knees and elbows.” With regular university residencies and commissions scheduled for a numerous ensembles, Caroline always has something new on the horizon, combining her classical music background with a style all her own.

Is Caroline Shaw really the future of music? (The Guardian)