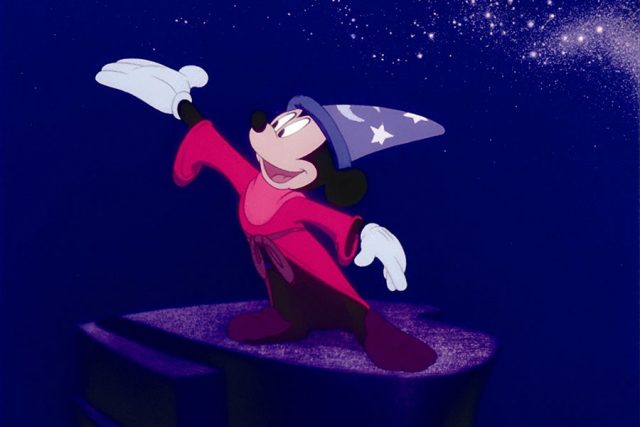 April 1, 2020WDAV BlogJust For Fun, News & Features, UncategorizedComments Off on Hosts Picks: Classical Music Films for your Next Movie Night

If you’re using streaming services more often these days, chances are you’re drawing a blank when it’s time to pick yet another movie. Our hosts shared their favorite movies related to classical music to keep you entertained – and you might learn something, too. Grab some popcorn and enjoy!

“An argument can be made that Walt Disney’s 1940 animated film Fantasia is the consummate classical music movie. It is, after all, a feature-length music video whose soundtrack is culled from the pantheon of classical hits. And of course, it uses iconic arrangements by Leopold Stowkowski, who conducted the renowned Philadelphia Orchestra in most of the works recorded for the film – works like Bach’s Toccata and Fugue in D Minor, Tchaikovsky’s Nutcracker, Beethoven’s Pastoral Symphony No. 6, Mussorgsky’s Night on Bald Mountain, and more. (Interestingly, Dukas’ Sorcerer’s Apprentice was recorded by an ad hoc orchestra.)

I first saw Fantasia in a real movie theater when I was about 8 or 9. I knew next to nothing about classical music then. I just knew that the music was fun and went with the incredible animation of the Disney Studios artists. It was a beautiful thing to behold. Fast forward a few decades, and I now realize just how groundbreaking Fantasia was on so many levels and how much it did to introduce more than one generation of kids to great music.

If you’re stuck at home and tired of the news, I can’t think of many better ways to take a reality break than by watching Fantasia with its beautiful images, and pioneering “stereophonic sound” performed by one of the twentieth century’s greatest impresarios and orchestras. Everything about it, including its title, promises a great escape.”

“My absolute favorite classically-themed film is Immortal Beloved, which tells the story of the great love of Beethoven’s life and the tragedy the loss of that love meant for him. Gary Oldman plays Beethoven and is typically brilliant, and Isabelle Rossellini plays a haunting person of adoration.

It’s a grand but oh-so-sad romance, and the whole thing is worth watching if only for the roughly ten-minute portion toward the end in which Beethoven’s memories, dreams, fears and hallucinations are portrayed to the finale of his Ninth Symphony and the Ode to Joy.

It’s one of the most brilliantly-assembled sequences I’ve seen in any movie, and since I spent more than twenty years as a film reviewer and interviewer (I did the press junket in LA for the film, but that’s beside the point), that opinion is informed by having seen many, many films.

If you’ve never seen it, look for it and enjoy!”

“Nicolo Paganini was such a gifted violinist, people thought he sold his soul to the devil! That’s how the biopic about him gets its name: The Devil’s Violinist.  Paganini was born in Genoa, Italy in October 1782.  He began playing mandolin at age five before taking up the violin at age seven. He gave his first public performance when he was eleven. Four years later, he began touring. The 19th century produced many extraordinary violinists, but none like Paganini. He was the first to perform without using sheet music and could continue to play his instrument—even when he broke one or more strings!

Fame took a heavy toll on Paganini. The Devil’s Violinist zeros in on the time in Paganini’s adult life when he has achieved both fame as a musician, and notoriety as a gambler and womanizer. With David Garrett in the title role, The Devil’s Violinist provides insights into one of the world’s first great showmen.  Paganini, of course, knew about rumors that his mother had sold his soul to the devil for the talent he possessed, and he played that up to the hilt.  He arrived for concerts in a black carriage, driven by—you guessed it, black horses. Paganini was tall, gaunt and his long dark locks were always in wild disarray added to his mystic. The classical music in the film adds the finishing touch to this film about one of the world’s great violinists. It includes Caprice Nos. 5 & 24, the Violin Concerto No. 4, Carnival of Venice, and my favorite, the Violin Concerto No. 1.”

“Back in 2007, Renée Fleming was Robert Osborne’s guest programmer on Turner Classic Movies, and one of the movies she chose was Song of Love. In this video, Renée Fleming said everything I was going to say (about the film) – except my first viewing of Song of Love was not in Hong Kong, but in Charlotte on TCM about a year before the screening that Renée and Robert introduced. Yes, this is certainly a Hollywood treatment of a very important and historic interpersonal relationship between Robert and Clara Schumann and a young Johannes Brahms. The film even begins with a disclaimer that the movie takes a degree of literary license. Therefore, part of the fun is catching where literary license is taken.

Katherine Hepburn as Clara and Robert Walker as Brahms do an excellent job convincing us they are actually playing the piano. Same with Henry Danielle as Liszt. Conversely, the camera always avoided showing Paul Henreid’s hands as Schumann. Outwardly, I enjoyed Robert Walker’s physical resemblance to a young Brahms, and Henry Daniell’s strong facial bone structure made for a good semblance of Liszt.

There is no credit given for the piano player on the soundtrack, and besides snippets of Schumann’s Piano Concerto and Brahms’s Rhapsody in g, Op. 79, No. 2, beautiful complete renditions are given to Schumann’s Träumerei (Dreaming) and Widmung (Dedication), with Liszt’s pyrotechnic arrangement of Dedication added to illustrate a direct but even-tempered conflict between Clara and Liszt. Yes, there is some very good screenwriting in this relatively little-known gem of a film. I do recommend it. And I notice that the next scheduled showing on TCM is Wednesday, May 27 @ 04:00 PM (ET).

As a side bar for baseball movie fans, the actors who portrayed Lou Gehrig’s parents in 1941’s Pride of the Yankees both appear in Song of Love: Elsa Janssen and Ludwig Stössel. See if you can spot them!”

“Amadeus is a somewhat obvious choice, being perhaps the best-known film about a classical composer ever made. But obvious or not, it’s a personal, all-time favorite film for me for many reasons.

I directed a community theater production of the play version, and I consider the production one of the highlights of my theater work. That’s because I so admire writer Peter Schaffer’s take on the subject. By not limiting himself to historical “facts,” he produced compelling drama about a very ephemeral subject: the nature of genius, and of how it sometimes appears in the most unlikely places.

There’s so much to recommend about the film version – marvelous performances, magnificent costumes, sets, cinematography, and brilliant direction that any passionate lover of film could study repeatedly for years. But the reason it’s my favorite movie on this theme is the meticulous and inspired use of Mozart’s music to underscore the drama and illuminate its themes.

My favorite moment is when an elderly, seemingly mad Salieri is describing the sublime experience of hearing Mozart’s music. The exquisite combination of F. Murray Abraham’s performance, and the skillful way the music is brought in to let us hear Mozart’s genius as he hears it, is unique in my experience of movies. It never fails to raise goosebumps on my flesh, and bring tears to my eyes.”