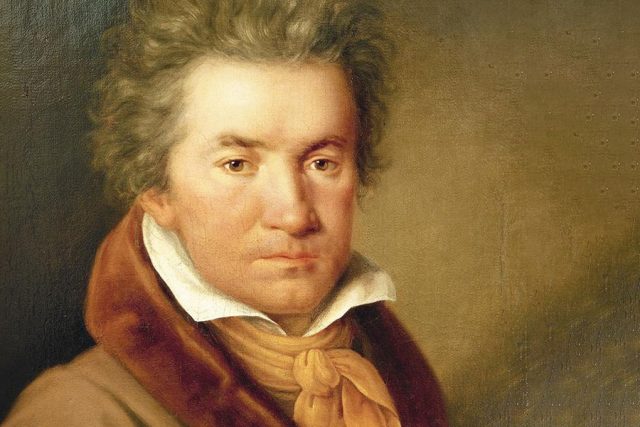 March 4, 2020WDAV BlogNews & Features, UncategorizedB250, BeethovenComments Off on How Self-Acceptance Became the Secret to Beethoven’s Success

As we continue our celebration of Beethoven’s 250th anniversary, I’ve been focused on the remarkable ways Beethoven’s music flourished despite what should have been a career-ending disability. In 1798, just as he was entering the height of his popularity, Beethoven began to lose his hearing, losing it entirely by 1816.

Though he lived during the era of Enlightenment, a period that saw a positive shift in how people viewed the disabled in society, Beethoven suffered from rampant ableism. The affliction cost him marriage proposals, most notably the Countess Guilietta Guicciardi, whose father refused Beethoven because he believed the composer’s deafness would prevent him from composing. Beethoven lost many friendships due to his depression and self-isolation from society as deafness set in. He would snap piano strings from violent playing to hear the music, ending his ability to perform live.

In 1802, during a visit to Heiligenstadt, Vienna, Beethoven wrote a letter to his brothers Carl and Johan, known as the Heiligenstadt Testament. In this account, Beethoven lamented his afflictions, his mental anguish, and that he had contemplated suicide. He had decided in the end to go on living for his art.

To compose, he lowered pianos to the ground and played with a pencil in his mouth, both in order to hear the vibrations of the notes. He pressed his ears on the piano keys to try to hear the music. Sometimes, he would compose for days on end, sticking his head in buckets of ice water to stay awake, and to sharpen his other functioning senses. He wrote pieces in lower scales because he could no longer hear high notes. He used ear trumpets, with one strapped to his head at times, and carried a notebook so that he could converse in writing with others.

If you listen closely to Beethoven’s music, you can hear these struggles, especially in the opening dissonance of the 3rd symphony, the tragic melody of the 7th symphony’s second movement, and the infamous “fate knocking at the door” theme of the 5th symphony. You can hear his triumphs in the comedic last movement of the 8th symphony, the overcoming of hardship in Fidelio, and the sound of freedom in the fearless Ninth Symphony. Most importantly, you can hear the heroic fruits of Beethoven’s never-ending persistence in working with, not against his disability.