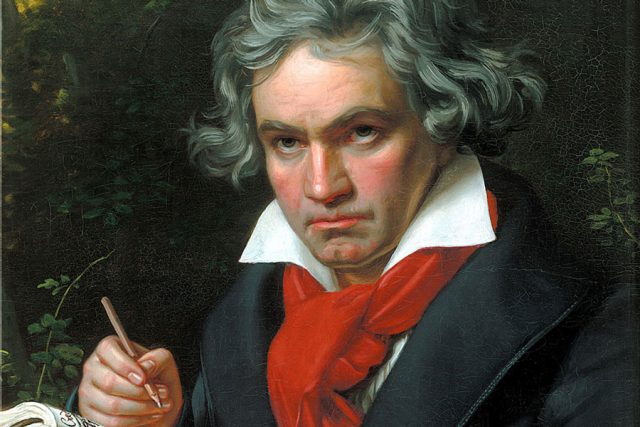 I have the profoundest respect for Ludwig van Beethoven’s music. I am exalted by it, frightened by it, ennobled by it, touched by it, on rare occasions amused by it, even taken to spiritual realms. But I don’t love it the way I do Mozart’s music.

No matter what mood I am in, Mozart speaks to me. When I can’t decide what to hear, I often default to Mozart, and I’m always gratified. That’s love. I could say the same for Frank Sinatra’s concept albums for Capitol Records, much of The Beatles’ stuff, Handel’s “Water Music,” Brahms’ Third Symphony, Verdi’s “Otello,” great doo-wop collections and a few albums by other performers or composers.

I have to be in the mood for Beethoven, though. I have to need the churning intensity that seems to categorize even his lighter pieces. When I am, he satisfies my soul. When I’m not, I can go weeks without listening to him.

That will change in the year leading up to the 250th anniversary of his birth, probably on Dec. 16. (Most scholars accept that date, because he was baptized the next day.) I’ll immerse myself in LVB, armed with Jan Swafford’s titanic biography “Beethoven: Anguish and Triumph” and an 85-CD box of his complete works. (Hmmm…It’s less than half as big as Mozart’s complete box. Maybe I will get through every bit of it this time! But all those mundane songs….)

I plan to post every other week. That’s partly because I don’t know Beethoven as thoroughly as I do Mozart, and partly because a lot of the topics I raised in “A Year with Mozart” apply equally well to Beethoven. (For instance, they are memorialized in the same place – Vienna’s Central Cemetery – where you, too, can acquire a plot.)

This will be a journey of rediscovery in many cases. I have more recordings of the Ninth Symphony (nine) than any other piece ever written, but I’ll try to listen to it with open ears. I will also try to dig deeper into compositions that have never spoken to me. (String trios, I’m talking about you. “Christ on the Mount of Olives,” you’re next.)