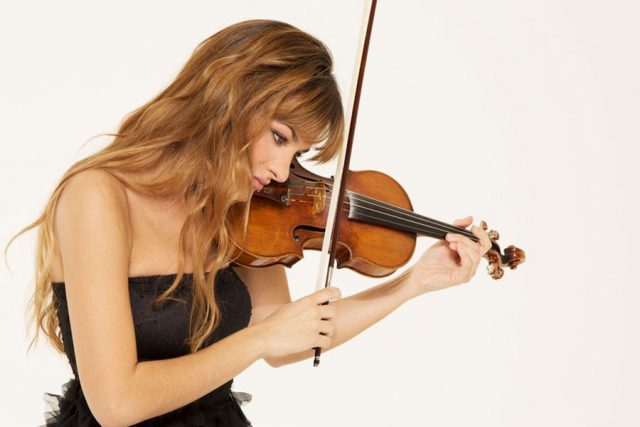 The 62nd GRAMMY Awards were stacked with dynamic performances and historic wins, including plenty of thrills for fans of classical music. For those who missed the broadcast (or just want to relive the glory), we’ve rounded up some of the classical moments that defined the GRAMMYs this year:

The Scottish-born violinist’s rendition of “Bye Bye Breakdown” from American jazz composer Wynton Marsalis’ “Fiddle Dance Suite,” evoked thunderous applause from the audience at the GRAMMY Award Premiere Ceremony, where the majority of GRAMMYs are awarded prior to the televised ceremony. She later received the award for Best Classical Instrumental Solo for her recording of Marsalis’ “Violin Concerto and Fiddle Dance Suite.” Benedetti was the first classical solo violinist to perform at the GRAMMY Award Premiere Ceremony in a decade.

2. Lizzo’s opening performance featured an all-female string and horn orchestra (and, of course, her famous flute).

Singer-songwriter and rapper Lizzo kicked off the GRAMMYs broadcast with a medley of her hit songs accompanied by an orchestra of her own vision. An outspoken former “band kid” and classically trained flutist, Lizzo has often commented positively on her own musical education and encouraged others to try playing an instrument.  Lizzo proclaimed “Tonight is for Kobe” as her performance began, paying tribute to basketball legend Kobe Bryant, who lost his life in a tragic aviation accident earlier in the day.

Subtitled “Music inspired by the Disney themed land,” Williams’ winning composition was written for the Disneyland theme park Star Wars: Galaxy’s Edge, where it will greet visitors via overhead speakers for years to come. The suite is Williams’ first work for Star Wars that does not weave in previously written themes (no Imperial March here).

After 40 years leading the show, GRAMMYs executive producer Ken Ehrlich announced that the 2020 ceremony would be his last as he enters retirement. In true GRAMMYs fashion, a colossal, diverse group of talents joined together in a salute to Ehrlich’s contributions, performing “I Sing the Body Electric” from the 1980 movie musical Fame. Along with violinist Joshua Bell and pianist Lang Lang, the star-studded ensemble featured singers Camila Cabello, John Legend, Gary Clark Jr., Cyndi Lauper, and Ben Platt; rapper Common, and ballet dancer Misty Copeland among others.

5. Hildur Guðnadóttir won Best Score Soundtrack for Visual Media for the miniseries Chernobyl, another history-making award for the Icelandic composer.

Guðnadóttir has had quite the awards season already, becoming the first solo woman to receive the Best Original Score award at the Golden Globes for Joker in early January. Her most recent win marks another historical moment: she is now the first solo woman to take home the Best Score Soundrack for Visual Media GRAMMY award as well. To match the industrial grittiness of the destruction onscreen, Guðnadóttir knitted the score for Chernobyl together with sounds recorded in a real power plant in Lithuania.

Read the list of nominees and winners in the Classical, Music for Visual Media and Arranging/Composing categories, here.