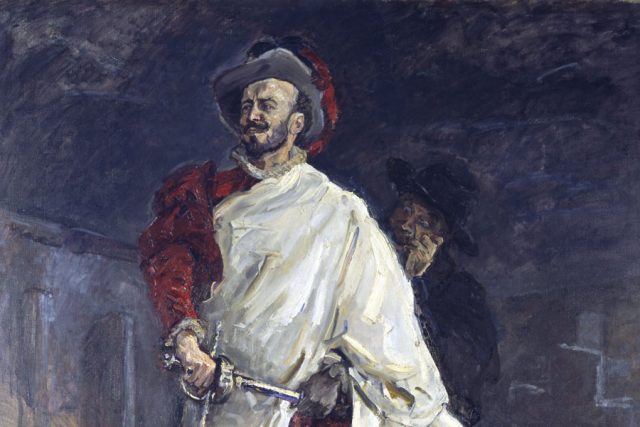 October 24, 2019WDAV BlogMy Year with Mozart, News & Features, UncategorizedLawrence ToppmanComments Off on Why is ‘Don Giovanni’ the world’s greatest opera?

Yes, that title requires an assumption. Because “DG” premiered in Prague 232 years ago next week (October 29), it’s been on my mind and in my ears lately, and I think it is.

It’s not my favorite opera to sing, which is Puccini’s “Turandot,” or to hear, which would be…well, that varies. I have more recordings of Offenbach’s “Tales of Hoffmann” (six) than any other, if that’s an indicator. But a claim to greatness requires objectivity if possible, and I’ll make the case for “Il dissoluto punito, ossia il Don Giovanni” – “The Libertine Punished, namely Don Giovanni,” to give the full title.

First, it offers an amazing array of moods. We laugh at and with Leporello, find Giovanni magnetic yet vile, pity half-mad Donna Elvira, admire starchy Donna Anna, identify with frustrated lover Don Ottavio, raise an eyebrow at naughtily clever Zerlina. Mozart and librettist Lorenzo da Ponte blend earthiness and loftiness with a hint of satire against the upper classes.

Second, the opera seems psychologically modern even today. Up to the preachy finale, which I assume the creators meant as a gibe at 18th-century opera conventions, the characters behave in recognizable ways. Irony pervades many scenes; even the statue who comes to life to menace Giovanni answers his mocking invitation to dinner with a joke.

Third, this dramma giocosa (or playful drama, as it was billed) crosses genres. It’s farcical, tender, deadly serious, spookily supernatural. Few operas dare to bounce back and forth like that – “Hoffmann” does, one thing I love about it – and none do so with more panache.

Fourth, I count 14 solo numbers worth hearing, which doesn’t include ensembles or the amazing scene where Giovanni gets dragged to hell. (It would be the most exciting finale in opera if not followed by that moralistic epilogue, which is why some directors cut the latter.) What other opera has at least one enjoyable aria or scene for every one of eight principals?

Fifth, you can stage it successfully in many ways, from an elaborate period piece to a modern setting. Opera Carolina was in a financial trough in 1998 and did a low-tech version with hardly any scenery or props, yet it ranks as one of the company’s most interesting shows from the last 25 years.

No matter how you serve it up, “Don Giovanni” carries the day.