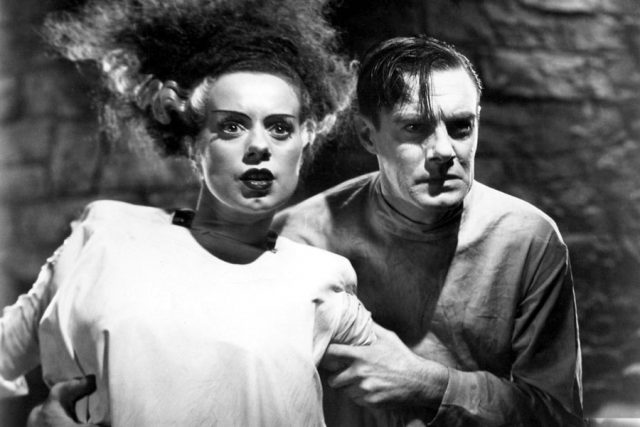 October 28, 2019WDAV BlogHearing Horror, News & Features, UncategorizedDavidson CollegeComments Off on The Use of Character Leitmotifs in Bride of Frankenstein

In Bride of Frankenstein (1935), “the creation of a female mate for the monster” is the main concern of the film. 1 The viewer encounters horror with a twist of comedy in this film, which, according to Young, “refracts a series of social anxieties.”

Within this masterwork of horror film and horror film music, composer Franz Waxman supplies the audience with a film score that leads one through a panoply of emotional reactions. From joyful reunions to fits of terror, the film music consistently lends itself to the demands of the picture.

In addition to the familiar use of unprepared and unresolved dissonances and driving rhythmic devices to build tension with the arrival of the film’s titular monsters, Waxman also uses leitmotifs to clearly announce the approach or arrival of specific characters, such as Frankenstein’s creature and his newly-constructed bride.

To create a distinctive sound for the creature’s bride, Waxman utilized church bells upon her introduction in the film, bells that sound similar to the kind typically heard at weddings. This musical device clearly marks her as a bride, which helps to definitively establish her role in the film while simultaneously representing the joy of Frankenstein’s achievement.

Whenever the monster approaches or appears in a threatening manner, Waxman used what William H. Rosar describes as a “simple five-note motif for the monster…which suggests the monster’s growl in the fourth note by having the brass play with flutter-tongue,” and that fourth note in the creature’s motif rests on a dissonant minor second.2

The dissonance creates tension that easily leads the viewer to a feeling of anxiety and a yearning for resolution. An especially clever use of this motif occurs at the very end of the film. As the human baron and (potential) baroness flee the exploding laboratory, we hear the motif played at a much faster tempo, demonstrating the danger the monster is in.

Once the building has been destroyed, we hear the motif one final time, but instead of finishing the melodic idea, Waxman instead leaves it unresolved and moves into a consonant melody ending on a major chord, giving the viewer a feeling of finality and resolution and allowing us to conclude that the monster has at last been destroyed, and normalcy has been restored…at least until the next sequel. 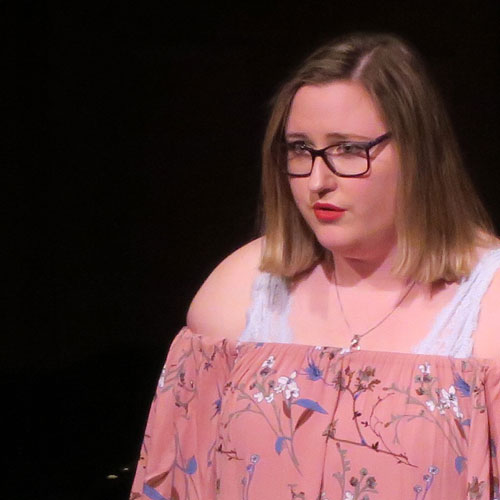 1Elizabeth Young, “Here Comes the Bride: Wedding, Gender, and Race in Bride of Frankenstein,” in The Dread of Difference: Gender and the Horror Film, edited by Barry Keith Grant (University of Texas Press, 2015), 361.

2“Music for the Monsters: Universal Pictures’ Horror Film Scores of the Thirties,” The Quarterly Journal of the Library of Congress 40/4 (1983), 409.