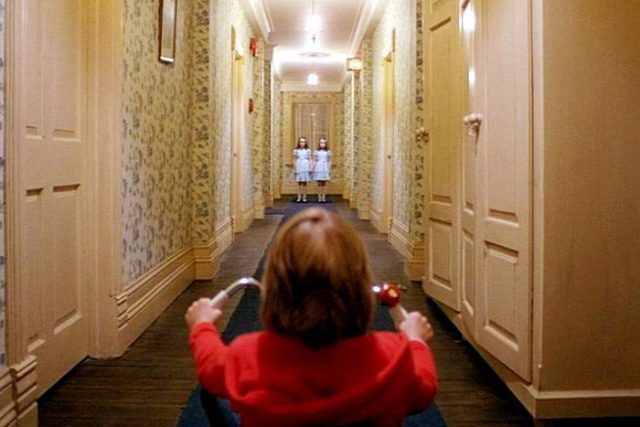 October 29, 2019WDAV BlogHearing Horror, News & Features, UncategorizedDavidson CollegeComments Off on The Art of Anticipation in The Shining’s Bicycle Scene

Stanley Kubrick’s horror classic The Shining has been lauded time and again for its masterful manipulation of the audience’s sense of dread and anticipation even—or especially—when no immediate threat is discernible. How can such scenes fill us with feelings of dread?

The subtle but highly effective uses of cinematography, sound design, and scoring to evoke the audience’s terror is best exemplified by the suspense of a seemingly innocent scene—a young boy riding his tricycle. The scene begins with Danny riding his small plastic trike, emblematic of childhood innocence, through the empty, yet ostensibly benign halls of the hotel in which the movie is set.

Despite this benevolent setup, almost as soon as the scene begins can the audience be expected to feel a growing suspense; the steadishot used in the scene, placed right behind Danny’s trike as it rolls through the halls, creates an illusion of stillness in the trike as the walls instead rush and close in around us.

In the beginning, there is no music—there are no sounds emanating from the various rooms of the hotel at all, apart from the clatter of the trike’s plastic wheels; not even the refrigerator buzzes as it flies by.

It is the subtle but expert framing of the scene that leaves the audience in dread, apart from any of the visual content of the scene itself, and while the dread is unmistakable, its source is not, amplifying the effect, punctuated by the brief moments of even greater silence when Danny rides his bike over carpet, in quietly disturbing moments of sensory deprivation.

When music begins, it is a low and quiet melody heralded by a trepidatious ringing, that is slowly overtaken by a wave of the quiet, but cacophonous shivering of violins—the sound like that of a swarm of flies.

When Danny stops his trike in front of room 237, there is nothing apparent in its presence to make us fearful; however, at this moment the strings drip into a disjoint, atonal melody—the music is obscure and unpredictable, evoking a similar fear for whatever lies behind the locked door.

The melody swells and the buzzing grows and it rises and falls like howling wind or distant screams—the ringing returns like blood dripping slowly to a puddle—and then are we finally given a source for our mounting fear—the twin girls that flash before Danny’s eyes before they are gone in an instant, and the music swells with the growing terror and suspense that the we were so carefully primed—by the cinematography, sound, and scoring all together–to experience. 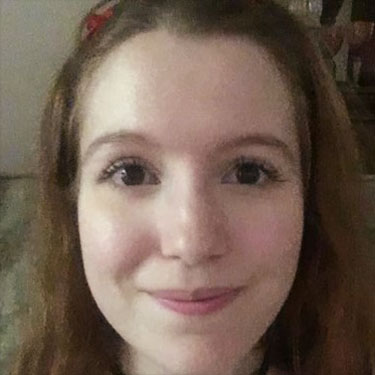 Morgan Potter is a senior majoring in biology and music.