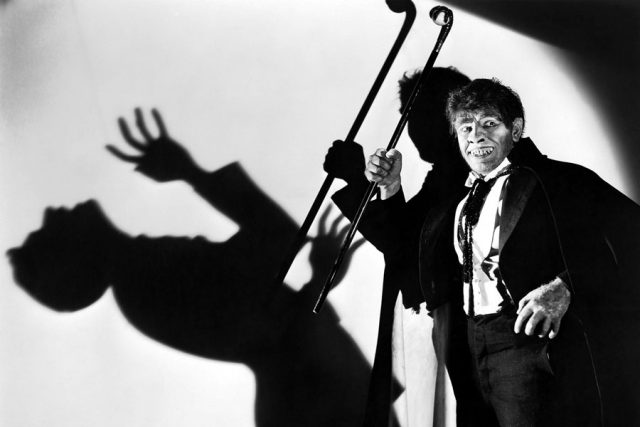 In his 1919 essay The Uncanny, psychoanalyst Sigmund Freud theorized that things that are uncanny consist of a combination of familiarity and strangeness—things that we sort of recognize, but sort of don’t.

The doppelganger, an uncanny double of a person, features prominently in Freud’s theory as an example to illustrate the uncanny; in confronting a slightly different version of ourselves, we are forced to confront our own fears of mortality and death.[1] For this reason, doppelgangers are a common feature of horror cinema and are a central thematic element of the film discussed here.

In an especially chilling scene from Rouben Mamoulian’s 1931 horror masterpiece Dr. Jekyll and Mr. Hyde, the uncanny is manifested through music. Mr. Hyde, Dr. Jekyll’s terrifying doppelganger, forces Ivy to sing a song that was introduced only a few scenes earlier in a much more joyous context.

In this way, the audience becomes familiar with the lively tune; it is exuberantly sung out to a smiling crowd in a lively bar, and we associate it with Ivy’s delightfully radiant demeanor.

But in the context of Mr. Hyde’s bedroom, the song becomes jarringly and unbearably uncanny. Ivy herself cannot finish the tune without breaking down, and in this way, Mr. Hyde’s evil becomes apparent. While his counterpart, the noble Dr. Jekyll, summons forth Bach’s pious and upstanding Toccata and Fugue in D Minor with his own two hands at the opening of the film, Mr. Hyde can only force music into existence through his battered victim.

But in Hyde’s presence, nothing beautiful is left uncorrupted. The song, like Ivy’s life, is tragically cut short, and the terrible uncanniness of the music leaves a lasting impression in the mind of the viewer. 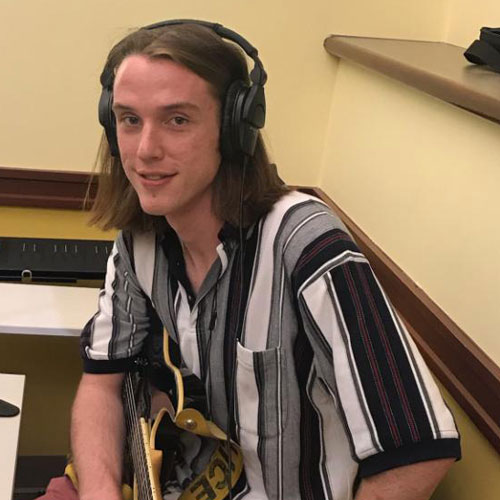 Max Lilburn is a senior music major and guitarist at Davidson College. He is the recipient of the 2018 Wilmer Hayden Walsh Prize in Composition and recently released an EP that can be found anywhere music is streamed. Max has a strong interest in songwriting and production and hopes to pursue them as a career after graduation.