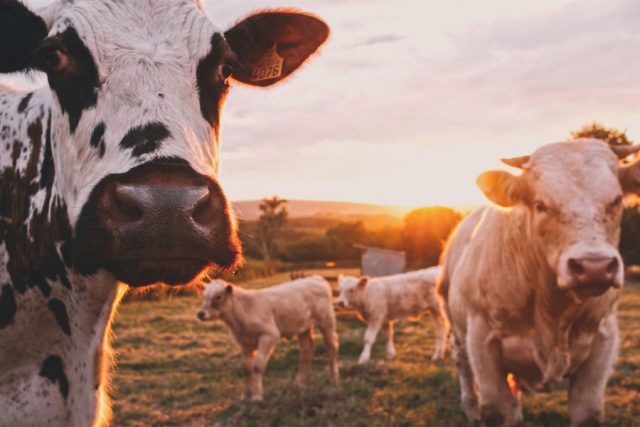 I appreciate BBC Music Magazine’s propensity for offbeat articles about classical music. A piece earlier this year made me guffaw when it summed up 15 experiments in which Mozart’s music did or didn’t change animals and plants.

According to Spanish dairy farmer Hans Pieter Sieber, WAM’s Concerto for Flute and Harp not only calmed cows but inspired them to produce up to six extra quarts of milk. (Daily? It doesn’t specify.) Dogs at an RSPCA rescue center in Somerset, England, calmed down noticeably when exposed to the strains of Mozart and Bach.

Doctors in Tel Aviv learned premature human babies profit from doses of WAM: They grow faster, perhaps because they use less energy when lying back to this lovely music than thrashing around in silence. Dr. Dror Mandel thinks weight gain may be due to “The repetitive melodies in Mozart’s music…affecting organizational centers of the brain’s cortex.”

Even plants respond positively. Carlo Cignozzi, a Tuscany winemaker, has sent “The Magic Flute” through his Brunello orchards on loudspeakers since 2005. The grapes, he claims, ripened in 14 days instead of 20, increasing the alcohol content; he christened the product “Brunello Magico.”

Why do we want to believe classical music makes us smarter or bigger or spiritually enriched? Could it be because we’re always looking for magic bullets to give us – or our kids, cows, dogs and rats – a leg up on others? Do want to prove to the world that this art form, in which interest has slowly dwindled over the last 100 years, has non-artistic value? This smacks of the argument that utility is all-important: We can’t let rainforest plants die off because their petals may have disease-fighting properties, not just because the world would be poorer without their beauty.

Sadly, sharks don’t seem to benefit from Mozart. The Blackpool Sea Life Center (also in England) tried to get a 20-year-old male brown shark interested in a 15-year-old female by playing the Romanza movement of “Eine Kleine Nachtmusik,” but no babies came out of this endeavor. Maybe they’d have been more enthused about John Williams’ theme from “Jaws.”