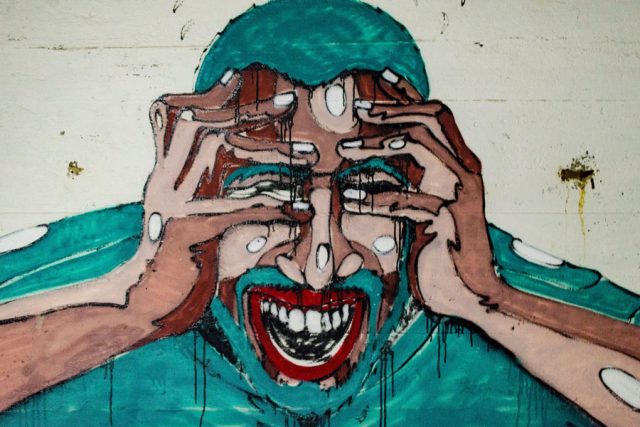 As my classmates have been demonstrating in their posts, sound design and music are crucial parts of horror films. From the use of tritones to music signaling or free atonality, audible sound has a long history of creating a terrifying experience for moviegoers. However, we are still very much terrified and unsettled by sounds that we are unable to hear, known as “Infrasound”.

The normal range of hearing for human beings falls between 20 and 20,000 Hertz. Any sound below 20 Hz is known as infrasound. Infrasound occurs naturally, resulting from waterfalls, thunderstorms, earthquakes, and many other phenomena. Additionally, infrasound is produced by man-made sources such as aircraft, diesel engines, ventilation systems and more.[1]

While we can hear the higher frequencies produced by these objects and events, we are unable to hear the frequencies below 20 Hz. Nevertheless, we still perceive these sound waves through the sense of touch in the same way that we feel vibrations.The ability to perceive infrasound without being able to explicitly “hear” it is an unsettling phenomenon, as its effects are unexpected.[2]

In some cases, these effects are mistakenly attributed to paranormal activity and haunting. Tandy and Lawrence found that some infrasound frequencies caused both physiological (nausea, vertigo, etc.) and psychological (anxiety, troubling thoughts, etc.) responses, which strengthen fears and notions of paranormal activity.[3]

Filmmakers use this harrowing phenomenon to their advantage. By utilizing the subwoofers of movie theaters, filmmakers can psychologically and physiologically manipulate the audience into feeling a sense of fear and uncertainty without their knowing. Professor Nick Redfern discusses the use of infrasound in the short horror film Behold the Noose.[4]

The film follows a deputy as he investigates the murder of a young girl at a farmstead. Throughout the film, infrasound of 10-20 Hz occurs in all scenes featuring the deputy, creating a sense of anxiety associated with his character.

Near the end of the film, when the deputy discovers a skull and is led to his death, infrasound of 5-10 Hz occurs to represent the deputy’s intensifying sense of dread and anxiety.[5]

This technique can be used in a number of interesting ways in film production, such as building anxiety before crucial scares, heightening unsettling feelings during disturbing scenes, and even as a constant drone which disappears right before jump scares to give audiences a false sense of safety.

Fluctuations in frequency and amplitude are also components of infrasound use in horror film, as heard in Behold the Noose.[6] Listen to an example of infrasound below:

Even when we can’t hear it, music and sound design in horror play an important role in the overall impact that horror films have on viewers. As is the case for infrasound, which can cause feelings of dread and anxiety, supplementing the effects that visuals and audible sounds have on moviegoers. The next time you watch a horror film, consider the scenes that cause particular dread and discomfort, and consider the sounds that are being used, as there may be more than meets the ear. 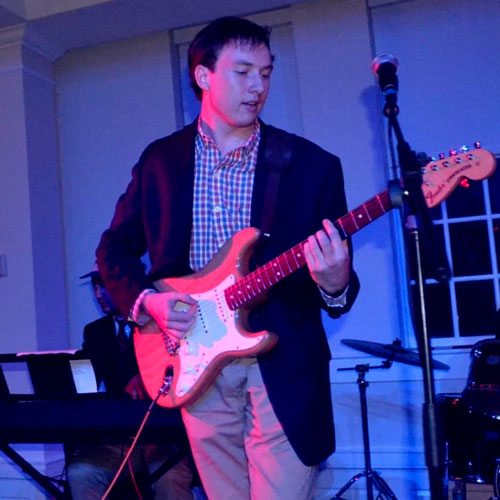 Senior Owen Wood is a Psychology and Music double major from Winston-Salem, NC. A multi-instrumentalist, Owen plays drums in the Jazz Ensemble, bass in the Jazz Combo, as well as trombone, piano, and guitar. Owen enjoys performing, composing, and producing a wide range of musical styles from Jazz to Classical and everything in between.