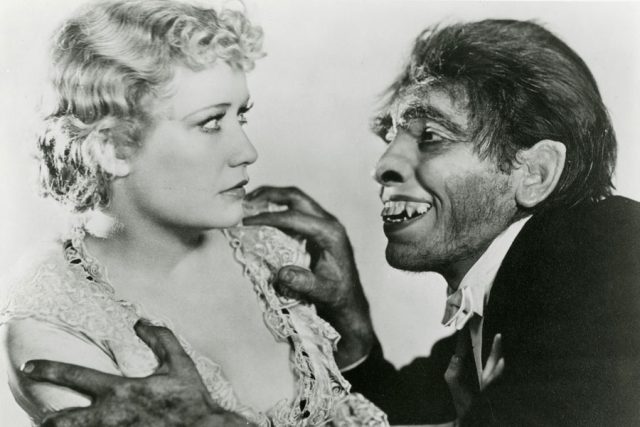 The film scholar Robin Wood defined horror film as when “normality is threatened by the Monster.”[1] In early horror films, such as in Dr. Jekyll and Mr. Hyde (1931), the monster often took the form of a literal monster. Sometimes these monster had racial characteristics.

In Dr. Jekyll and Mr. Hyde, when Dr. Jekyll transforms to personify his worst qualities, director Rouben Mamoulian chose an ape-like caricature—Hyde was sexually deviant and violent—that drew from frequently repeated stereotypes of African Americans. This representation of Hyde drew critics’ attention: a writer in the New York Times wrote that “the face of the handsome young [man]…becomes…a sabre-toothed baboon with pig eyes.”[2]

This evidence, paired with a changing musical score–from the Baroque organ associated with Dr. Jekyll, to English music hall drinking songs paired with Hyde—signifies a “dichotomy between nobility and brutishness…Hyde is…a savage who cannot…adapt…[to] Victorian Society.”[3]

Together, these facts indicate racist undertones in Dr. Jekyll and Mr. Hyde’s musical and cinematic elements. 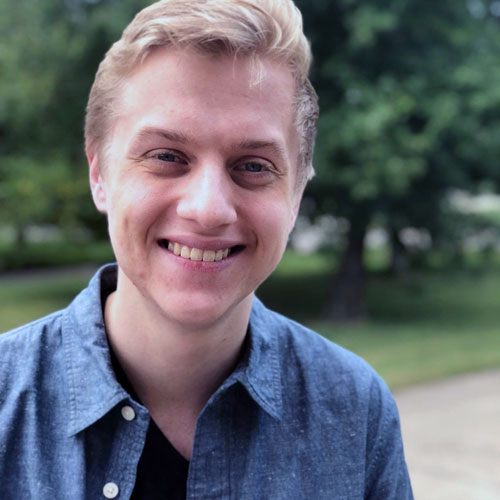 Emery Nash is a native of Nashville, TN and is a current senior at Davidson College. He is majoring in Biology and Music, and hopes to have a career in social justice, focusing on marginalized populations in American society.