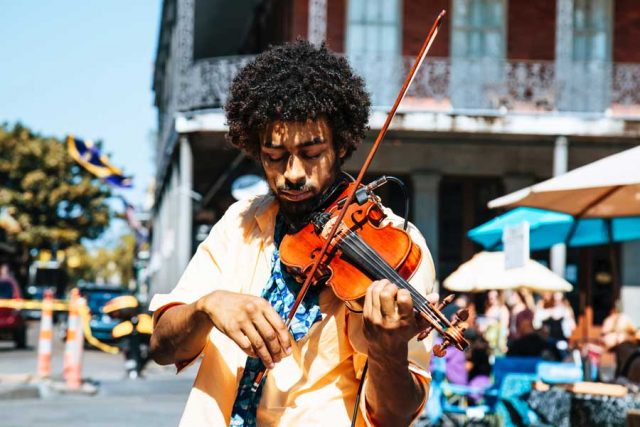 September 5, 2019WDAV BlogMy Year with Mozart, News & Features, UncategorizedLawrence ToppmanComments Off on What IS a genius, anyway?

An interviewer once described Jimmy Page as a genius. “Mozart was a genius,” he replied. “I’m a guitar player.” (A great one in his style, as this live recording of Led Zeppelin proves. You’ve gotta admire anyone who plays electric guitar with a violin bow.)

But what defines a genius? First, he or she must be creative, rather than recreative. I don’t think an interpreter can be anything but a re-creator. As amazing as Horowitz or Heifetz or Toscanini were on their best days, they weren’t geniuses.

Sometimes a performer or conductor gives us a new experience by wrenching a piece out of recognizable shape, as Leonard Bernstein did in his final recording of Tchaikovsky’s Sixth Symphony. Whatever the results may be, that’s not really a creative act.

On the other hand, I would call Bernstein a genius if he had never waved a baton or sat down at a keyboard. No other composer flowed back and forth as deftly from concert hall to stage to screen, and he wrote masterworks in each area.

Of course, there has to be more to genius than simply making art, however prolifically or diversely. Hollywood studio directors of the 1930s and 1940s belched out movies at the rate of two or three a year in multiple genres, but few rose above mediocrity.

The definition also goes beyond skill. Georg Philipp Telemann wrote more than 800 pieces. His viola concerto, “Don Quixote” suite and some other works (especially orchestral compositions where he mimics animals) make me smile, but even the ones that put me to sleep – pretty much all of the rest — show impeccable craftsmanship.

I think a genius has to make us understand art itself in a different way. That doesn’t mean we need to admire the result: I consider Andy Warhol a genius as the most seminal figure in Pop Art, though I seldom take to his paintings or prints. Jimmy Page expanded the possibilities for nimble rock guitarists but didn’t redefine the form. Mozart made us think differently about what classical music could be, whether giving shape to the modern piano concerto, composing for a clarinet with an extended range or creating ensembles in operas where each character sings a different line yet can be understood. That’s the difference between a terrific musician and a genius.