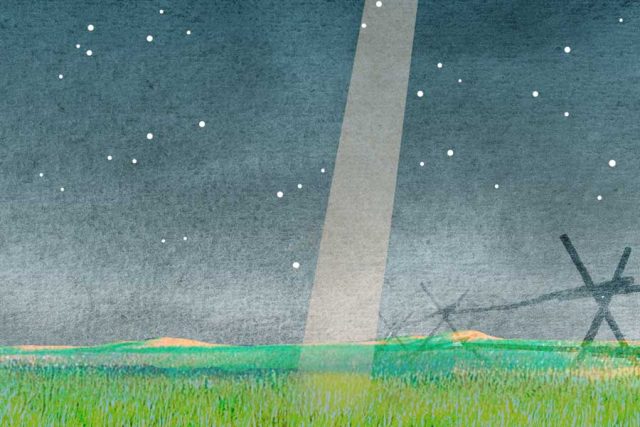 Considering Matthew Shepard is a contemporary oratorio written by Craig Hella Johnson, founder and director of the acclaimed choral group, Conspirare. The work is a powerful and moving artistic response to the death of University of Wyoming student Matthew Shepard in October 1998.

In commemoration of the 20th anniversary of this tragic event, WDAV will feature Considering Matthew Shepard in its entirety on Sunday, October 7 at 6 p.m.

We’ve also spoken with soprano Melissa Givens, one of the singers featured in the memorable work. Givens currently serves on the voice faculty of Pomona College in Claremont, California. A Davidson College graduate, Givens has been involved with the project since the beginning and is traveling nationally to present the work in performance.

What has it been like to be a part of this monumental project?

It has been an amazing, touching, soul-opening experience. Each time we sing Considering Matthew Shepard (CMS) is another opportunity to introduce people to Matt and to gain new insight into this brilliantly written piece of music.

Composer Craig Hella Johnson has said that the voices of Conspirare were in his mind as he was writing this oratorio. Describe the process of learning, rehearsing, performing and recording the work.

We first prepared CMS for Conspirare’s 2014 ComPassion Festival. At that point, all that existed was a portion of the Passion section. Even then, we could tell what an affecting work it would be. Our first read-through was incredibly emotional. Between Matt’s story, the texts, the music, and just the pride we felt for the accomplishment of our friend and colleague, the tears flowed freely.

Later, with the completed score in hand, it was a joy to see how Craig structured the finished work. It mirrored the collage form of the Carillon concerts for which he is known; drawing disparate styles of music together into a glorious whole. He wrote to our strengths, making the learning process both challenging and familiar at the same time.

It was exciting to see CMS come together as the rehearsal process continued. To hear the orchestrations the first time our instrumental colleagues joined us. To see the audience reactions in the first dress rehearsals and the premiere in Austin.

The culmination of the birthing process was the recording sessions at Goshen College. Fortunately, those familiar surroundings mitigated any nerves we had about getting the recording right— both for Craig and for Matt.

What are the highlights for you, specifically, as a soloist with the ensemble?

Lesléa Newman wrote a beautiful book of poems about Matt’s death, October Mourning. Craig used some of the sections written in the voice of the fence in CMS. I am one of the three singers who portray the fence in arias. Besides singing beautifully written music, it is rewarding to be entrusted with one of the many emotionally laden moments of the evening.

You’ve been traveling with the ensemble presenting a national tour of Considering Matthew Shepard. How has the work been received at these programs?

The audience response has been universally positive. We can always hear sniffling throughout the evening, so we know that some audience members are connecting to it emotionally. Occasionally an audience will be moved to complete silence at the end and it will take a moment before the applause begins. But when it does, it is always generous and sustained. People will stop us to talk after the show to tell us how moved they were, or to tell us how grateful they are that this work exists.

As a follow up, how are you feeling about the upcoming performance of the oratorio in Laramie this October?

I expect that it will be very special, very difficult, and incredibly moving to honor Matt in that way in that place.

Why is a piece like this important and even essential in helping to remember Matthew Shepard and his story?

Matt was an ordinary boy murdered by hate. That fact alone is enough reason why he should be remembered. But we’re also in a time when hate has been weaponized, so an antidote is needed. The music of Considering Matthew Shepherd not only memorializes a murdered boy, but celebrates him—and reminds us all that love is the answer; that loving one another is how we save the world.

This article was originally published on October 2, 2018. To learn more about the Charlotte Master Chorale’s performance of “Considering Matthew Shepard” listen to our interview with Craig Hella Johnson or visit their website here.