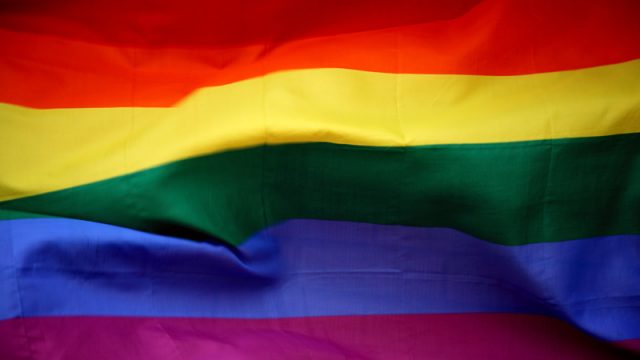 June 30, 2019WDAV BlogNews & Features, UncategorizedComments Off on Six LGBTQ American Musicians to Celebrate This Pride Month and Beyond

Transgender baritone Lucia Lucas made history last month when she sang the title role of Mozart’s Don Giovanni with Tulsa Opera. Her performance marks the first time that a transgender woman has performed a principal role in the United States.

Listen to her absolutely stunning performance in Verdi’s Falstaff.

Born in Cloverdale, California in 1937, Pulitzer-prize-winning composer David del Tredici is at one of the first neo-Romantic composers, and he earned the admiration of Aaron Copland himself.

“I know of no other composer of his generation,” said Copland, “who composes music of greater freshness and daring, or with more personality.”

Much of his recent work is devoted to exploring his own sexuality. These works include Gay Life, Love Addiction, and Bullycide. OUT Magazine has named him one of its People of the Year twice.

Neoromantic composer Jennifer Higdon came to music relatively late. She taught herself to play the flute when she was 15, began formal music training at 18, and didn’t start studying composition until age 21. Yet despite her late start, Higdon’s has an almost unending list of accolades.

These include the 2010 Pulitzer Prize for her Violin Concerto and two Grammys, and she’s one of the most performed living composers. Her most popular work is the orchestral work blue cathedral, and her first opera is Cold Mountain.

She’s inspired by nature and especially by the mountains of Tennessee. Another fun fact? Higdon’s marriage to Cheryl Lawson was officiated by none other than the eminent conductor Marin Alsop. Which brings us to…

Alsop was one of Leonard Bernstein’s most famous students, and she’s also a talented violinist. She’s vocal on issues of sexism in classical music and is an advocate for music education, beginning the OrchKids program for Baltimore’s most impoverished youth and the Rusty Musicians program for adult amateur musicians. She lives with her partner, horn player Kristin Jurscheit, and their son.

The Norfolk native has been playing the violin since the age of 10, and on top of that, she’s a talented mezzo-soprano. She also has a series of YouTube videos, Conversations with Tona Brown, that began as a way of addressing the problematic ways in which the media often interview queer, and especially transgender, people.

Listen to her first album, This Is Who I Am, below.

Jory Vinikour hails from Chicago, and he’s both a harpsichordist and conductor. In fact, he’s the first ever harpsichord player to be nominated for a Grammy for Best Classical Solo Instrumental Recording (and he was nominated for a second one, too!).

Vinikour advocates for contemporary harpsichord music, and he’s premiered many works—some written especially for him! He is both a sought-after soloist and accompanist, performing alongside major symphonies and artists. He’s lived in Paris since 1990, but he travels extensively to perform and conduct.