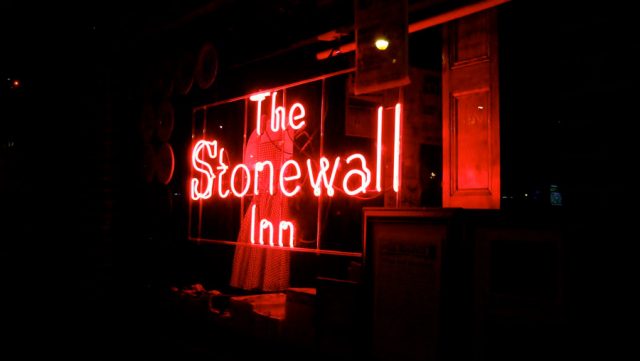 On Saturday, June 22, 2019, people from around North Carolina’s triangle area converged at Durham’s Carolina Theatre for a night of choral arts featuring four acclaimed regional choirs. What set this performance apart from other choral concerts, however, was the piece at its center: Quiet No More!: A Choral Celebration of Stonewall. This new, eight-movement piece was commissioned by the New York City Gay Men’s Chorus and The Gay Men’s Chorus of Los Angeles in order to celebrate the 50th anniversary of the Stonewall uprising.

In Durham, the Common Woman Chorus, the Triangle Gay Men’s Chorus, and the Triad Pride Men’s and Women’s Choruses all joined together to perform the piece for a North Carolina audience. Nationally, this piece makes history as the largest ever collaboration between LGBTQ+ choirs, with more than 25 choruses performing the piece this spring in cities such as Denver, San Diego, and New York City.

A convergence of new choral and operatic classical pieces focused around Stonewall comes at the 50th anniversary of the Stonewall riots. Stonewall is remembered as a historic event that would help catalyze the movement for LGBTQ+ rights and equality across the U.S. The series of confrontations between gay rights activists and police at Stonewall began after NYC police staged a raid on a bar called the Stonewall Inn in the early hours of June 28, 1969. The Stonewall Inn itself was a well-known LGBTQ+ meeting place in Greenwich Village.Classical music composers and musicians across the country have not overlooked the opportunity to commemorate Stonewall in music, particularly with pieces for voice.

Perhaps most notably, the Stonewall opera by Iain Bell and Mark Campbell made its debut with the New York City Opera at the Rose Theatre last Friday, June 21. Stonewall is part of NYC Opera’s longer-term initiative to incorporate an LGBTQ+ themed production each year during Pride month.

A New York Times review of the opera called it “groundbreaking” for including the first ever transgender role for a transgender singer. Yet, the review also recognizes the opera’s “impossible undertaking” of trying to fit the entirety of Stonewall’s historical significance into an opera with a run-time of less than 90 minutes. The confines of performance pose a real challenge to representing the diversity of identities and historical nuances that made Stonewall a catalyst for the U.S. gay rights movement.

Other new classical responses to Stonewall include the Stonewall Operas (with a confusingly close name to NYC Opera’s commissioned piece), and Moonlite, a choral opera by Wally Gunn. The Stonewall Operas are a series of four mini-operas, each 30 minutes long, written by graduate students of NYU’s Musical Theatre Writing Program. The Operas were co-produced with the American Opera Project. WQXR’s review of the Operas noted that one performance in late May 2019 was even staged in the cramped and dark second floor of the historic Stonewall Inn, lending a tangibly gritty ambience to the performance’s serious subject matter.

Moonlite, written by emerging composer Wally Gunn, is described as a “choral opera.” Named after the folk legend Captain Moonlite, supposed to be a “gay Australian outlaw,” Moonlite explores the internal struggles of queerness through voice. Quoted in a Philadelphia Inquirer feature, Gunn described the performance as: “Men will sing in falsetto. There will be unflattering vowel sounds at times to convey harshness. Sometimes it’ll be more like being inside the head of some of the characters and the many voices we live with inside our heads.”

Moonlite was performed in New York City, Philadelphia, and Princeton, New Jersey in mid-May 2019. Uniting a politically-contentious historical commemoration with the world of classical music raises the question: What value does music have in connecting us to prominent political events or social issues?

In fact, a study published in the journal Frontiers in Behavioral Neuroscience from April 2018 found that highly empathic people often process music as more than an art form, experiencing it in some cases as if it were an encounter with another person. The study’s authors suggest in their conclusion, “If music can function something like a virtual ‘other,’ then it might be capable of altering listeners’ views of real others.”

Can bringing Stonewall to light through classical performance open an audience up to empathize with the struggles of the LGBTQ+ community both then and now? The jury is still out. At the very least, however, the salient emotion of human voices singing a story long-hidden can remind us of the ways in which diverse identities persist in coming together to perform cohesive and inspiring works of art, despite challenges.