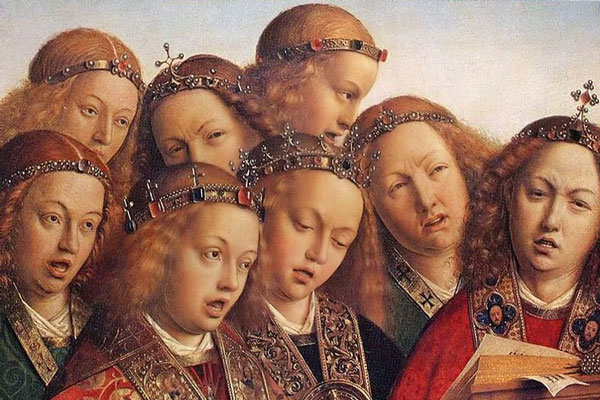 May 9, 2019WDAV BlogMy Year with Mozart, News & Features, UncategorizedLawrence ToppmanComments Off on Mozart without …ummm…cojones

I’ve been listening to the motet “Exsultate, jubilate,” which many people (myself included) consider Mozart’s earliest undisputed masterpiece. He wrote it shortly before his 17th birthday in 1773; if there’s a more joyful finale in music history than the final “Alleluia,” I haven’t heard it.

I go back and forth between recordings with a large modern orchestra and a smaller one, the kind that gives HIP renditions on instruments styled after those of the 18th century. (HIP stands for “historically informed performance.”) But neither you nor I will ever hear quite what Mozart heard, because the original soloist was castrato Venanzio Rauzzini.

As far as I know, only one castrato made a solo recording: Alessandro Moreschi, who died at 63 in 1922. He recorded a few discs in 1902 and 1904, when he was in his mid-40s and well past his prime. The one I have (perhaps not the best) makes him sound hooty and labored. Yet he represents a 300-year tradition that began in the mid-1500s and continued (though in decline) until the Papal States in Italy outlawed the procedure in 1870.

Because women weren’t permitted to sing in churches, and boys proved unreliable – partly because voices changed too quickly – the Catholic Church sanctioned the removal of young singers’ testicles before puberty.

As a castrato aged, lack of testosterone prevented his bones from hardening in normal ways. His ribs became unusually long, giving him remarkable lung capacity, and his vocal cords remained more flexible than other singers’. That made castrati invaluable for Baroque-era operas and oratorios, whose heroes always sang long, florid arias. (Today, countertenors or mezzo-sopranos take those parts.)

Naturally, our first reaction is “Ugh.” These kids were seldom asked if they’d like to go through life with bodies different from their peers and without the possibility of fathering children.

On the other hand, great singers such as Farinelli and Senesino earned a lot of money and acclaim and had Europe’s finest composers – Monteverdi, Vivaldi and especially Handel – writing works specifically for them. For instance, Senesino created the title role in “Giulio Cesare,” Handel’s opera about the Roman emperor’s infatuation with Cleopatra.

Art always requires sacrifices, though not usually of body parts. As revolting as this process sounds to us, only the great castrati could tell you whether the things they gave up were worth the rewards.