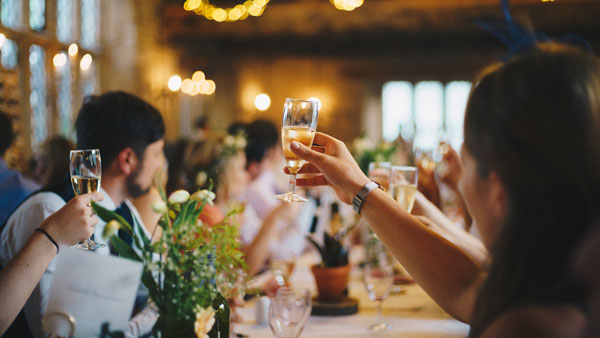 May 23, 2019WDAV BlogMy Year with Mozart, News & Features, UncategorizedComments Off on Hooray for What’s-His-Name… Haffner!

Actually, his full moniker is Sigmund Haffner the Younger, which of course I had to look up and will forget tomorrow. But he surely mattered to classical music.

He commissioned Mozart’s Serenade No. 7 – known as the “Haffner,” naturally – for festivities before the wedding of his sister, Marie Elisabeth Haffner, and Franz Xaver Spaeth in 1776. The second, third and fourth movements out of eight form an exquisite little violin concerto.

Six years later, as he was being made a nobleman, he commissioned Mozart’s Symphony No. 35, now also called “Haffner.” In a sense, this was payback: Haffner’s dad, Sigmund the Elder, had been mayor of Salzburg years before and had helped the Mozart family financially. But the son’s generosity lets us enjoy elegant and buoyant music nearly 250 years later, music that might not exist otherwise.

Most people imagine they couldn’t commission a work of art: They wouldn’t have the cash, they wouldn’t know how to pick an artist of quality, they wouldn’t appreciate what he or she produced. All obstacles between patron and creator can be knocked down with a little effort, especially the one that seems most daunting: the cost.

In 2010, Actor’s Theatre of Charlotte gave the local premiere of “Becky’s New Car,” a play by Steven Dietz commissioned by Seattle real estate developer Charlie Staadecker. Charlie (nobody called him Mr. Staadecker) had commissioned that comedy for Seattle Repertory Theatre as a present for wife Bonita, instead of another piece of jewelry or a luxury cruise. He’d also bought a trombone concerto for the Seattle Symphony.

He came here to see “his” play, and we had breakfast. There he shared his novel plan for the creation of new works: Instead of asking one donor to cough up $30,000, why not round up a circle of prosperous friends and tap them for $3000 each? He knew attorneys, doctors, accountants and the like who could easily afford to join a consortium to produce world premieres. I never saw him again, so I don’t know if he’s still pursuing that campaign. But I wish Carolinians would pick up on this idea, because plenty of money floats around locally at that relatively low level. Sure, your name might not be attached to a symphony two centuries down the road. But “your” music might give pleasure to generations yet unborn.