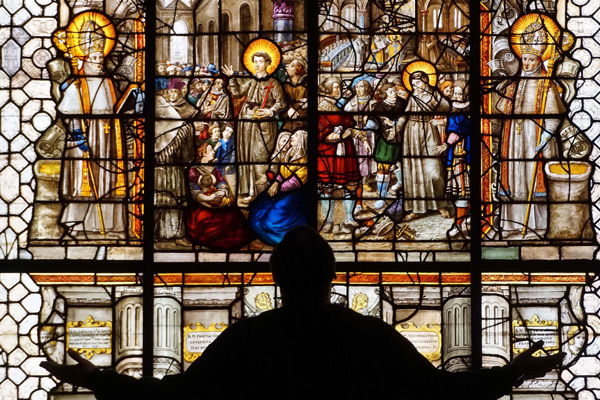 As Easter draws near, that question has been on my mind. On one hand, the answer’s obvious: He wrote short and long masses, a requiem and other pieces with sacred content. He belonged to the Roman Catholic church all his life.

On the other hand, you can compose religious music without being devout; Benjamin Britten, Johannes Brahms and Andrew Lloyd Webber wrote first-class Requiems. Mozart himself never spoke much about his spiritual beliefs, and contemporaries didn’t take note of a religious side.

For me, however, his music – particularly in the operas – represents one of the truest expressions of Christ’s teachings from any composer. Christians (and others, too, of course) famously ask God to “forgive us our trespasses, as we forgive those who trespass against us.” And every one of Mozart’s mature operas is about forgiveness in the end.

In “Idomeneo,” when the Cretan title character offers his son’s life as a sacrifice to Neptune, the boy forgives his father and becomes king of Crete. Pasha Selim allows Belmonte to remove Constanze (whom they both love) from his harem in “Abduction from the Seraglio,” showing a clemency the Spanish hero never expected from a presumably bloodthirsty Turk.

Spouses and lovers in “The Marriage of Figaro” and “Cosi Fan Tutte” pardon each other for all their scheming and promise fidelity thereafter. In “The Magic Flute,” Sarastro forgives the Queen of the Night’s misguided daughter for seeking his death; in “La Clemenza de Tito,” Roman emperor Titus does the same for would-be assassin Sesto, singing in “Se all’impero” that he’d rather have the world indict him for too much mercy than a vengeful heart.

In “Don Giovanni,” the libertine (or maybe attempted rapist) and slayer of an old man gets a chance to beg God’s pardon but rejects it. The Commendatore’s statue interrupts a banquet to give Giovanni a final warning: Unless he renounces sin, he’ll be damned. “Pentiti!” thunders the statue multiple times. Giovanni repeatedly refuses to repent, and devils drag him off to Hell.

Mozart wrote some of his most serenely lovely music for these final scenes of reconciliation, showing us how deeply he felt them himself. Whatever his personal relationship with God may have been, that proof makes him perhaps the most Christian composer of all.