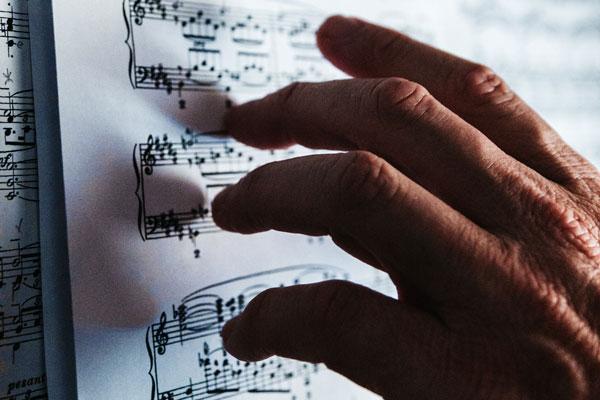 February 28, 2019WDAV BlogMy Year with Mozart, News & Features, UncategorizedLawrence ToppmanComments Off on What if Mozart had lived to be a Grandpa?

The Charlotte Symphony Orchestra has announced its 2019-2020 season, which includes six masterpieces by Beethoven – reasonably enough, as we’ll celebrate his 250th birthday in December 2020. He was 56 when liver damage and related ailments ended his tumultuous life.

Beethoven admired the piano music of Mozart; he especially liked to play the minor-key concertos, numbers 20 and 24, in keyboard-thundering style. The teenaged Beethoven apparently met Mozart in 1787 in Vienna and may even have taken a few lessons from him.

That got me thinking: What if Mozart had lived to be as old as Papa Haydn, his inspiration (and an unsuccessful teacher of Beethoven)? Had Mozart reached 77, dying in 1833, he’d have outlived every great figure of the Classical Era: Haydn, Beethoven, Weber, Schubert and all three significant sons of Bach (Carl Philipp Emanuel, Johann Christoph Friedrich, Wilhelm Friedemann).

Mozart could then have heard the early works of Mendelssohn, Schumann, Chopin and Liszt. He might, had he been fit to travel to Paris in 1830, have enjoyed the Symphonie Fantastique of Hector Berlioz, a work as game-changing in its way as Beethoven’s Eroica Symphony.

Mozart would certainly have kept composing, had health permitted. Would his operas and symphonies have anticipated Romanticism and influenced the radical younger generation? Would he have learned new instrumentation and techniques from them?

The evidence says yes. For one thing, he liked fresh sounds: Trombones weren’t common in the orchestras of his day, but Mozart stuck them in operas and sacred music and would eventually have been the first major composer to use them in a symphony. (Beethoven gets that credit.)

For another, Mozart could interweave dark drama and light-hearted buoyancy better than anyone before Berlioz. The Fantastique does that, following a gentle love scene in the fields with a march to the scaffold and a witches’ Sabbath. Mozart showed him the way with “Don Giovanni,” where a bucolic chorus celebrates young lovers before the title character gets dragged off to Hell at last.

Mozart didn’t write musical manifestos or repudiate his predecessors. But he was a revolutionary, and that fire would have burned to the end of his days – even if that came in 1833.