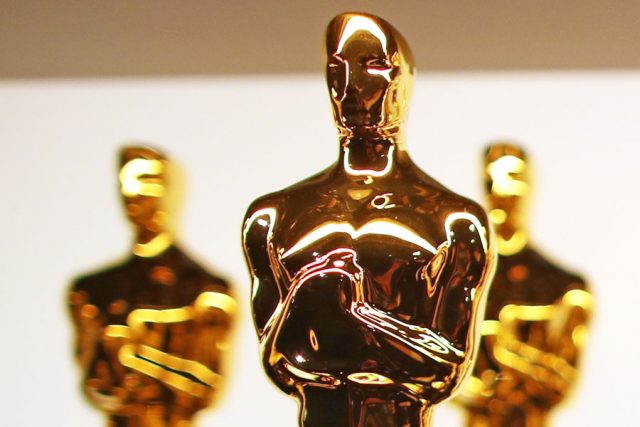 Here’s some perspective on this year’s standout set of Academy Award nominees for Best Original Score:

Set in the 1970s, BlacKkKlansman is an urgent, convoluted tale of two police officers infiltrating the Ku Klux Klan. The stakes couldn’t be higher, the situations more dire: the tangibility of white racial violence is acute in BlacKkKlansman, and the score brings out this palpable reality.

Terence Blanchard, the composer of the film’s score, channels the musical predilections of the ‘70s with tantalizing flights of electric guitar. Against the largely orchestral backdrop of the score, these departures – whether the jolts of the electric guitar or the war-like cascade of drums – signal moments of resolve and the panics of crisis. The score has an unmistakably epic quality; it evokes a sense of an unperturbed, righteous purpose underneath rare moments of levity.

Indeed, the score offers only glimpses of the humor that the film’s dialogue provokes. Perhaps this is a subliminal message of the score: the gravity of curbing violence lurks underneath humor.

The score for Black Panther finds its origins in various traditions of African music. As Ludwig Goransson conducted research for his score, he traveled to Senegal and South Africa, studying the work of both contemporary and past musicians.

The notion of a score for a superhero film with primarily African influences was entirely novel – something Goransson did not take lightly. Goransson’s compositions are meant to speak in ways that ordinary music doesn’t.

In the course of his research, Goransson found that music – in, for example, the ‘talking drums’ of several Senegalese artists – is a substantial mode of non-verbal communication for the African artists he encountered. The ‘talking drum,’ according to Goransson, was the focal point in developing a vision for Black Panther’s score.

The incorporation of musical communication as the central theme of the score is a remarkable contribution to the multi-faceted cultural encounter that is Black Panther.

If Beale Street Could Talk

Nicholas Britell, the composer of the score for the 2016 film Moonlight, returns with his second major score for the film adaptation of James Baldwin’s novel If Beale Street Could Talk.

The novel, and its film adaptation, follow a young black couple’s love story, through multifarious trials of family disputes and criminal accusations.

Britell’s compositions for If Beale Street Could Talk are nothing less than devastating. Trumpets mark the sunrise that is burgeoning love; the piano beats like an erratic heart; and the strings tie the film’s vehement emotions together – a conflicting, exquisite tapestry of love despite circumstance.

As Britell discussed in an interview for The Atlantic magazine, the decision to include string instruments was pivotal; they provide the emotional depth requisite in conveying the breadth of Baldwin’s novel. It is hard to imagine the score without those straining, stretching strings that suffuse the space between the thrills of love and the pangs of injustice.

Renowned composer Alexandre Desplat wrote the score for Isle of Dogs, a characteristically odd addition to Wes Anderson’s canon of films. At first glance, and first sound, Isle of Dogs doesn’t have a clearly recognizable score.

Desplat’s compositions could be mistaken for mere sound effects: thumps, bells, sharp clacking sounds, and deep chanting pervade the score. The sounds and instruments are so disparate that the whole thing might be chalked up to repeating layers of furious nonsense – think a technologically updated Ravel’s Boléro, perhaps.

Unlike Ravel, there is no breathtaking culmination in Desplat’s score; it shifts back and forth between sounds like a kind of musical algorithm gone wild. Wild or not, the ceaseless beating and banging and clanging drive the film forward, absurdity in tow.

All in all, Desplat’s score matches well with Anderson’s cinematic style: endlessly weird and hopelessly intriguing.

There are some classics that can’t be approached without quivering. At the intersection of musical theatre and film, there are such monumental encounters as My Fair Lady and Mary Poppins, both of which have endured newfound renditions in the past year. Beyond immortalized figures like Audrey Hepburn’s fussily enigmatic Eliza and Julie Andrew’s delightfully narcissistic Mary, the recordings of the films’ (and musicals’) scores have, in time, fallen out of step. The grainy magic of recordings from the mid-century has given way to perfectly polished – if not jealously affected – products of modern technological clarity.

The lyrics themselves play along nicely with the Sherman brothers’ 1964 Mary Poppins. And perhaps it’s an egregious musical fallacy to look back to Julie Andrews and Dick Van Dyke when considering the far more inclusive and inventive work of Mary Poppins Returns.

Though some of the alluring quirkiness of “Jolly Holiday” is lost on modern audiences, the caprice of childhood and the miracle of a stranger’s kindness still reverberate in Marc Shaiman’s compositions and the voices of Emily Blunt and Lin-Manuel Miranda.

Where Julie Andrews was perhaps a bit dry and a tad formal, Emily Blunt is keenly expressive – with a more varied set of music to work with. Where Dick Van Dyke was charmingly odd, Lin-Manuel Miranda gives his Jack, an ‘apprentice’ of Bert, a more pensive, dignified outlook underpinning an ever-jovial disposition.

The old music may hold its own magic, but Mary Poppins Returns will surely take on its own luster in time.

Want more Oscars? Tune in February 22 at 8 p.m. for a brand new Reel Music from host Matt Rogers, featuring interviews with some of this year’s composer nominees!

—
Ross Hickman is a first-year student at Davidson College, who’s deeply interested in film music and works at WDAV.