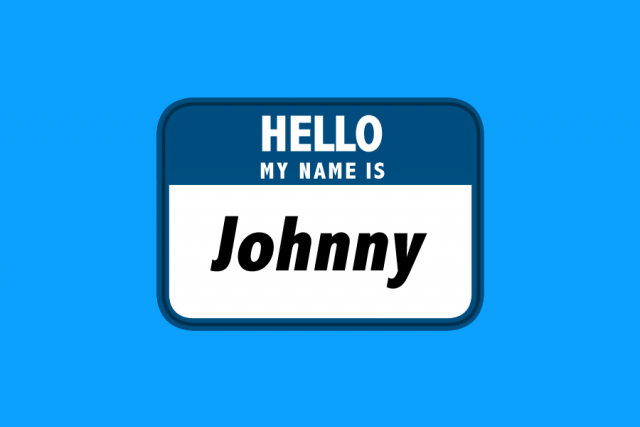 That’s what we might be calling him today, if he’d stuck with his birth name. I like it; he sounds like a gangster of above-average intelligence in a Warner Bros. movie of the 1940s. Names do make a difference. Giuseppe Verdi could write the most far-ranging body of work in opera history; Joe Green, as he’d slangily be known in Brooklyn, would run a fish market.

The guy we call Wolfgang Amadeus Mozart didn’t call himself that very often. In fact, almost nobody did, except after he died. He jokingly referred to himself in Latinized correspondence as “Wolfgangus Amadeus Mozartus.” (Of course, he also signed letters “Trazom.”) But his birth certificate read “Joannes Chrysostomus Wolfgangus Theophilus Mozart.”

Where did that come from? Catholics in the 18th century often named children for saints in the calendar pertaining to the time the kid was born. Mozart drew St. John Chrysostom, one of whose feast days was January 27. (This fourth-century ascetic spoke out against abuse of wealth and became Archbishop of Constantinople.)

“Wolfgang,” which means “wolf’s path,” came from WAM’s maternal grandfather. “Theophilus” is Greek for “beloved of God” or “lover of God” and came from Joannes Theophilus Pergmayr, Mozart’s godfather and a Salzburg merchant.

“Amadeus” emerged as the posthumous winner. It sounded classy, and people such as E.T.A. Hoffman (who wrote “The Nutcracker”) added it to their names in tribute. Mozart’s widow Constanze – who took name confusion further by signing herself Konstantia – used “Amadeus” in official documents after his death. Maybe that’s best: I can’t imagine a movie called “Gottlieb” winning eight Oscars.