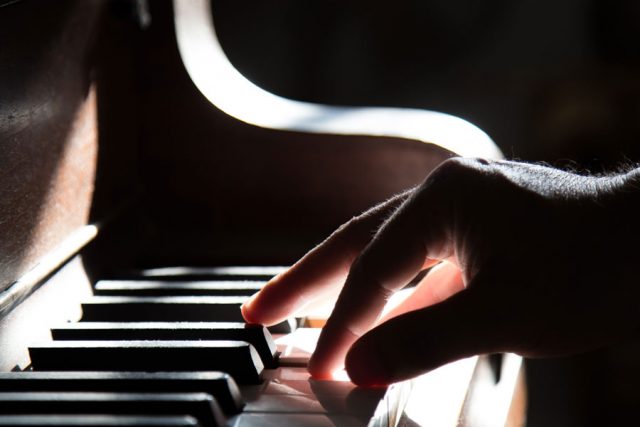 What defines the space of the concert hall? Are its borders porous, seeping notes and orchestrated clamor to the outside world? Who gets to populate its perches, its front rows, back rows and the sea of seats in between? Who strikes the first note and sends off the last resonant chord? To whom does the stage belong – and why? The audiences, edifices, and performers of the great traditions of classical music established their own insidious tradition: whiteness as a dominating force in the construction and perpetuation of classical performance.

Racism is an intrinsically complex characteristic of American history, with contradictions in galling abundance. Stereotypes about the limitations of black individuals in cultural production have been repeatedly and thoroughly debunked. Nevertheless, prejudice cleaves to the world of classical music, as an essential and defining feature of the history of this musical art. These stereotypes, over centuries and throughout cultural discourse, have evolved into confining strictures for black musicians.

Little more than half a century ago, segregation explicitly defined white spaces, leaving no doubt whose faces and whose compositions one might see and hear in the concert hall. In the current moment, segregation is more implicit, and exclusion remains in remarkable force. The share of black professional orchestra musicians sits at two percent, according to Edward Rothstein of The New York Times. There are fewer classical black instrumentalists; even lesser known are black composers. Despite those numbers, composer and concert performer Donald Shirley defied the strictures of a society and a musical culture that tried to refuse him.

Shirley grew up in Pensacola, Florida, and was on the path to classical music stardom from the beginning. Shirley’s career of public performance debuted at 18 with a piece by Tchaikovsky, but the young musician was promptly discouraged from pursuing a career in classical performance. Begrudgingly, Shirley took the advice and transitioned to a style of music that masterfully blurred the lines between pop, jazz, spirituals, and chamber music. Though Shirley made something of a splash on the music scene in New York City, he was not as enthused as his fans.

Shirley could not shake the urge to become a full-fledged classical musician. Breaking with advice, convention, and the security of his previous success, Shirley began to compose and perform his own work. By the 1960s, Shirley was a staple performer in clubs and cabarets throughout New York City. He worked closely with Duke Ellington, eventually composing “Divertimento for Duke by Don” in 1974 upon Ellington’s death. Shirley’s foremost musical haunt was Carnegie Hall, above which he maintained a dazzlingly vogue apartment. Beyond Carnegie Hall, Shirley planned a tour of the American South in 1962. This was quite the dangerous proposition: Nat King Cole, a black jazz pianist, had been assaulted on an Alabama stage six years earlier. Nevertheless, Shirley embarked on the tour, confronting intolerance with music.

“Green Book,” a film recounting Shirley’s musical tour of the American South in 1962, was released Friday, November 16th, and stars Mahershala Ali as Shirley and Viggo Mortensen as his driver Tony Vallelonga.