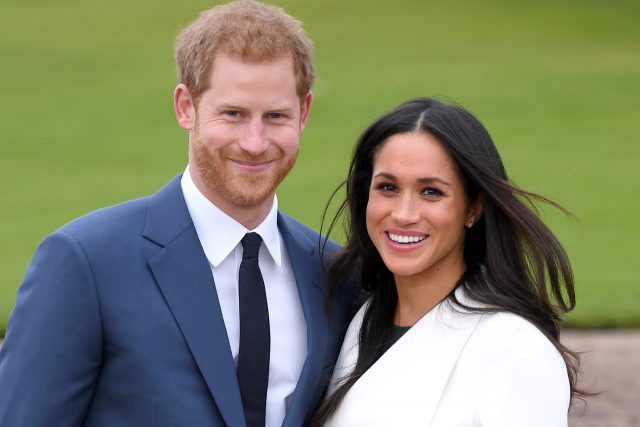 May 17, 2018WDAV BlogNews & Features, UncategorizedComments Off on The Soundtrack to British Royal Weddings

For those of us who once dreamed of becoming a princess, following the romantic lives of real-life royals is a truly magical experience. Watching the 2011 marriage of Prince William and Kate Middleton was as close as most of us would get to reliving our childhood fantasies. But Charlotteans and WDAV listeners have another reason to feel connected to the upcoming royal wedding of Prince Harry to Meghan Markle: the Charlotte Symphony Orchestra’s own Christopher Warren-Green will be conducting the orchestra on Harry and Meghan’s big day.

Warren-Green is the music director for the CSO and a longtime friend of WDAV. With such an exciting honor ahead of him, we decided to look into what kind of music royal weddings have traditionally featured.

A Whole Lot of Edward Elgar:

Tributes to Past Royals:

At Will and Kate’s wedding, several pieces were played that had been featured in Princess Diana’s 1981 wedding and 1997 funeral. “Middleton [walked] up the aisle to The Introit, from the Latin meaning “entrance,” which was used as The Anthem at 1981,” an Independent article on the 2011 royal wedding music explains. Other links to Charles and Diana’s wedding include Edward Elgar’s Sonata for Organ, Op. 28, William Walton’s Crown Imperial and Ralph Vaughan Williams’s Rhosymedre. Notably, these works come from three of the most prominent British composers.

Royal weddings have traditionally featured religious ceremonies filled with beautiful hymns. You can read about what hymns were sung at Will and Kate’s wedding, along with the other wedding music they chose, in this article. The 1986 marriage of Prince Andrew to Sarah Ferguson, for example, featured three religious solo motets by Mozart, sung by sopranos Felicity Lott and Arlene Auger. Listen to them here.

The royal weddings of the British monarchy always feature lively, extravagant pieces performed by talented choirs, orchestras, and organists. As a spokesman for Prince William explained, “The theme of the whole wedding [was] Britishness, accentuating traditional forms and crafts. A lot of these pieces [were] chosen for their theatre. They are stunning pieces of music that fill the abbey and give a sense of grandeur to the occasion.” While the pieces chosen for past royal weddings have all emphasized the significance of the matrimony to the British people, they certainly also celebrate the love each couple found. Kate Middleton and Camilla, the Duchess of Cornwall, both picked British composer Gerald Finzi’s Romance for String Orchestra Op. 11 for their wedding ceremonies. Have a listen here.

We can’t wait to see what Warren-Green masterfully conducts for Harry and Meghan in just a few days!

Hear Warren-Green give hints about the music for the ceremony and insights on being a musical liaison to the royal family here.

Hannah Lieberman is a senior at Davidson College where she studies Political Science and Theatre.