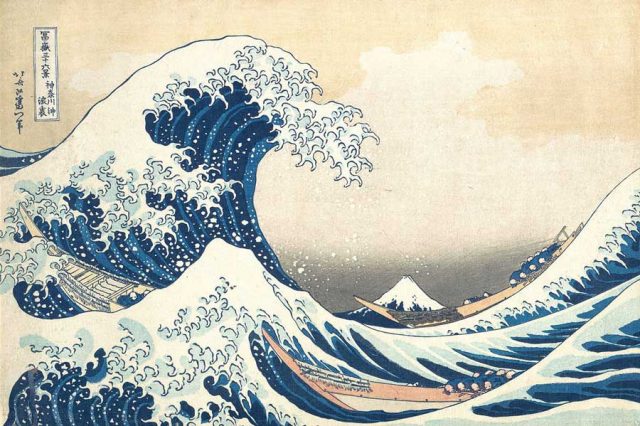 Claude Debussy wanted to be a sailor. He was only a few years from his compositional triumphs when he wrote, “I have been smitten not with sea-sickness, but with sea-seeing-sickness.” I see connections between the symptoms of depression as an expression of this disability in the complex composition that is Debussy’s La Mer.

The third sketch of La Mer is entitled Dialogue of the Wind and the Sea, and it is rife with upheaval. Dialogue is more ominous and aggressive in comparison to the first two sketches. From the relentless timpani to the sharply articulated bursts of rhythmic density, this sketch conveys fitful unrest.

Listen to the third sketch from a performance of La Mer by the Frankfurt Radio Symphony Orchestra:

The “call of the deep” theme from Dialogue evokes in its cyclic, rumbling quality the depressive symptoms enumerated by The National Institute of Mental Health: persistent sad or empty mood, feelings of hopelessness, irritability, and feelings of worthlessness.

La Mer became one of the few Debussy compositions to deal so personally in despair, expressed in the undertow of the sea. The agitation in the strings especially speaks to irritability. Cycling themes reinforce feeling lost or hopeless. Dialogue of the Wind and the Sea contains immense, conflicting forces within itself. Depression, in parallel, dwells as conflict contained within people.

By applying the disability studies framework to La Mer, I seek not to deal in certainty or posthumously diagnose the man behind the work; furthermore, the medical model of depression is only one lens through which to view human disability.

The sea unleashed in La Mer reveals more than nature. Art, and Debussy’s La Mer in this case, complements and expands our medical understanding of depression through sound, sensation, and metaphor.

Hannah Thigpen is a senior at Davidson College.