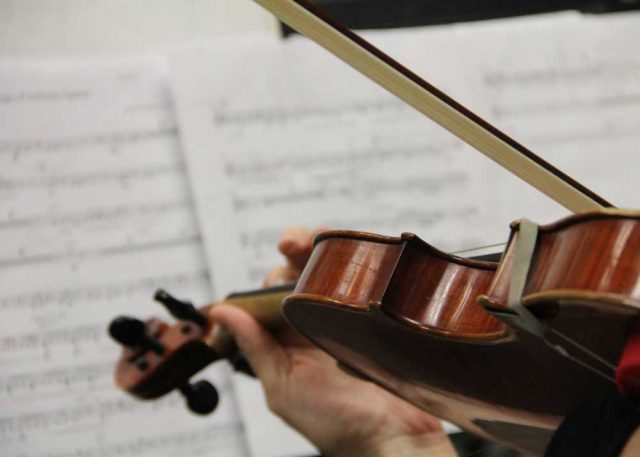 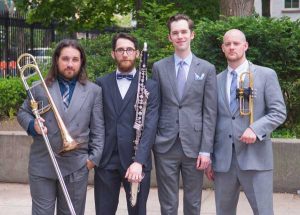 The Charlotte New Music Festival (CNMF) is going on now through July 1 at various venues, both conventional and unconventional.

CNMF has presented over 65 concerts full of premieres for contemporary classical music, and 11 concerts premiering new music and dance collaborations. For the 6th year in a row, CNMF welcomes composers, musicians, choreographers, and dancers from all over the world to Charlotte to celebrate contemporary music in its many forms.

New music used to mean an emphasis on technique and system, such as serialism and the twelve tone method. While these approaches are valid, today’s new music composers and performers are not bound by a particular method, technique, or system. Instead they take an eclectic approach to composition and are ready to incorporate a broad range of musical materials into their creations, including the rich worlds of pop, rock, jazz, folk, and all their permutations and variations. As a result, the doors are thrown open to reveal a world of new sounds and experiences.

There is loadbang for instance. Founded in 2008, the New York City-based new music chamber group is building a new kind of music for mixed ensemble of trumpet, trombone, bass clarinet, and baritone voice. This “lung-based” quartet moves freely from notated music to improvisation. 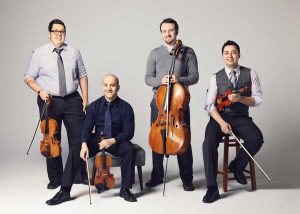 While committed to performing established works, the Beo String Quartet believes its most important role is to spotlight new music and living composers. Recent projects include the premiere of Gilda Lyons’ eco-opera, A New Kind of Fallout, with Opera Theater of Pittsburgh SummerFest.

The Out of Bounds Ensemble was founded in 2007 in order to bring new and established contemporary chamber music to a wider audience. Pianist and music theorist Tomoko Deguchi, building on years of experience performing contemporary music, forged the group. While not ignoring the seminal modern chamber works, the ongoing mission of OBE is to commission and perform new music for chamber ensemble.

The computer has become a formidable compositional tool in new music. The Max Computer Music Workshop, held during CNMF, will culminate on July 1 with a public performance of compositions created during the workshop. Truly “new music,” this concert will be on the cutting edge.

Serious music is alive and well today and The Charlotte New Music Festival offers the proof. Give it a try.

Visit www.charlottenewmusic.org for a complete listing of concerts.