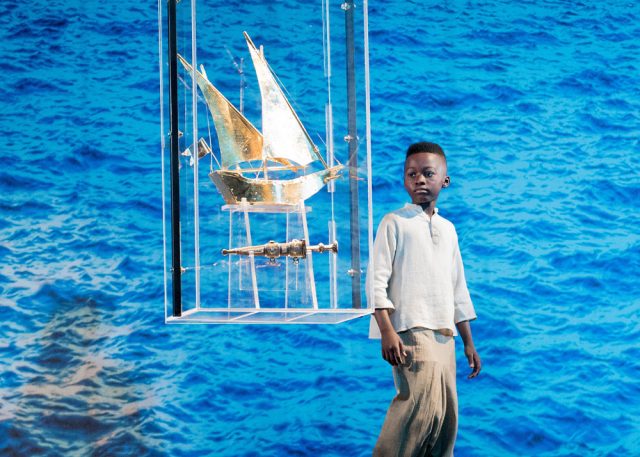 This WDAV Dispatch from Spoleto reviews two productions from the 2017 festival: the US premiere of a once-celebrated, now obscure opera; and the return to Charleston of an internationally acclaimed flamenco dance company.

Antonio Vivaldi is one of my favorite composers, but like most classical music lovers, I know him primarily because of his instrumental concertos, with the set known as The Four Seasons his most familiar and ubiquitous. Yet during his career, Vivaldi enjoyed far more success as an opera composer, and of his more than forty operas, Farnace enjoyed the greatest popularity. So I really looked forward to seeing and hearing my first Vivaldi opera, and the Spoleto Festival USA production running at the Dock Street Theater did not disappoint, with a staging and performance that matched Vivaldi’s music in energy, invention and sheer beauty. 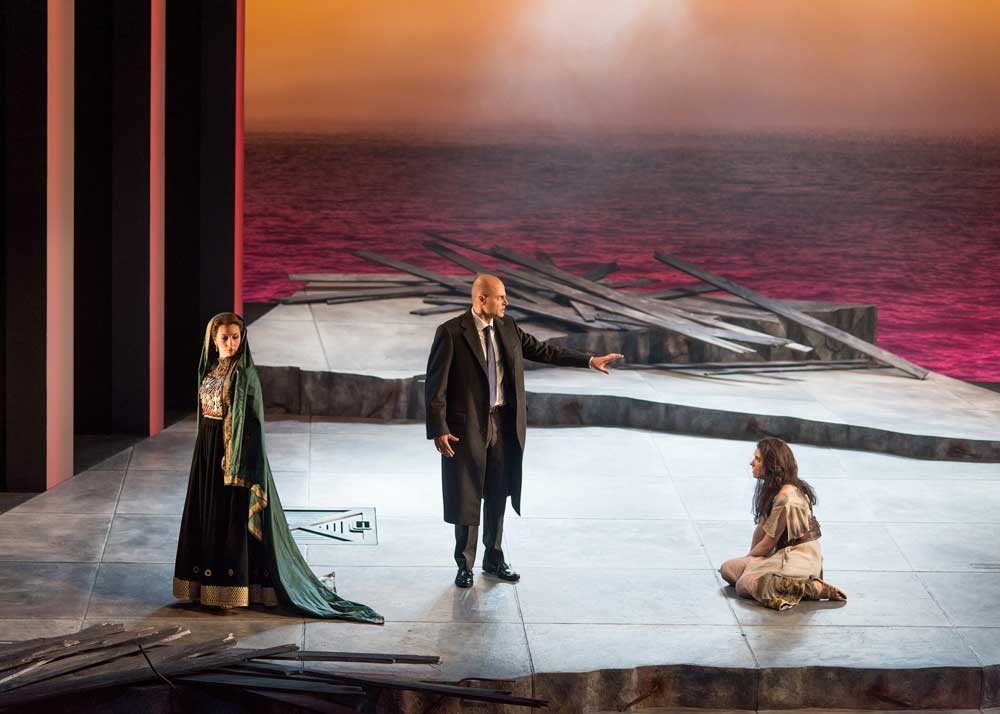 The libretto is the opera’s weakest point. The title character is the defeated King of Pontus, who orders his wife to kill their son and then herself rather than subject to humiliation and slavery at the hands of the Roman conquerors. So it’s hard to warm up to this character, to say the least. And his captured sister, the beautiful Selinda, seduces two enemy suitors in order to turn them against their leaders and win her freedom, as well as restore her brother to the throne. By the time all the conflict is resolved happily in the final act, the abruptness of the resolution drew laughter from the festival audience that I’m certain wasn’t the intent of librettist Antonio Lucchini.

But Vivaldi’s music helps you overlook the problems with the story. As in his concertos, the composer finds seemingly infinite variety within the strict formulas of Baroque opera, and his writing, for both voices and orchestra, conveys drama and atmosphere magnificently. The exuberance of military victory; the heartbreak of a father’s grief when he believes his child is dead; and the exquisite longing of an unfulfilled lover; all of these situations and many more are vividly realized in the score. 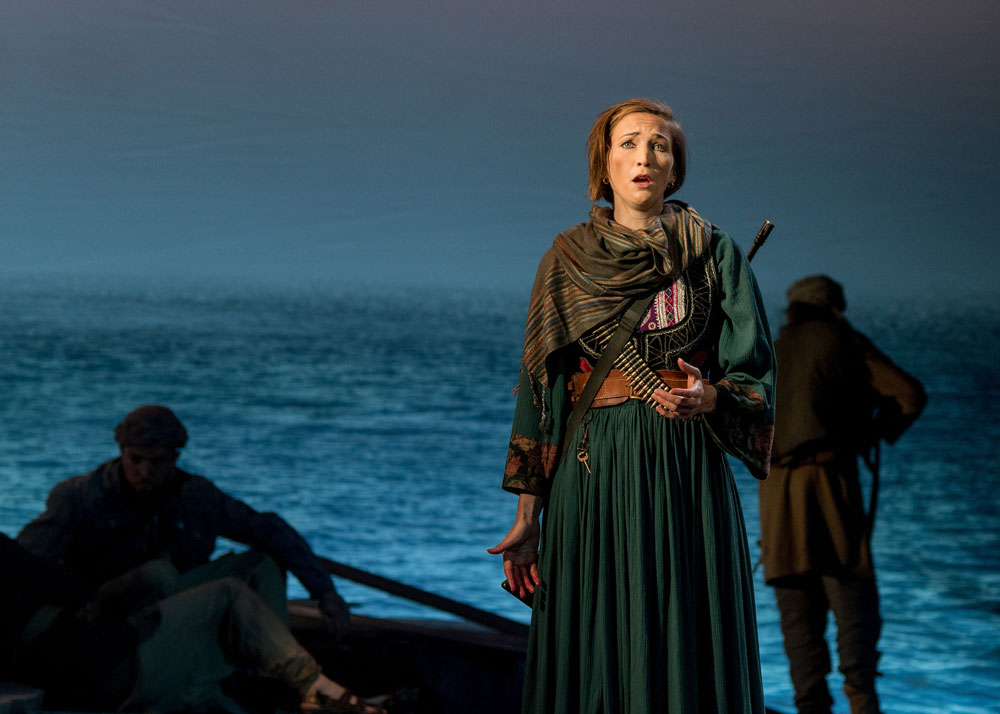 Every element of this production serves the opera beautifully, beginning with the exceptional cast. The audience is treated to the rare spectacle (in modern times, at any rate) of two counter-tenor roles: Anthony Roth Costanzo as Farnace, and Nicholas Tamagna as the Roman general Pompeo. Both sing with startling brilliance, and Costanzo manages the near impossible by making us care about Farnace in the heart-rending aria that closes the first act. As the warrior queen Berenice, contralto Kiera Duffy has a stage presence to match her commanding voice, and she masterfully utilizes the flowing headdress given her by costumer Terese Wadden. And soprano Augusta Caso is sensuous and touching in the role of Berenice’s captain Gilade (a role originally written for a male castrato singer, but in this staging turned unambiguously into a female character).

All of the singers act as well as they vocalize, and often do it while sitting, on their knees, and at one point in Farnace’s case, lying face down in grief. Stage director Garry Hynes arranges stunning tableau, and the set design by Francis O’Connor uses spare, simple elements to great effect. A lamp flown down from the above the stage creates Selinda’s prison cell in its shaft of light; a suspended portrait of Farnace draped in black evokes his monument; and the backdrop of an ocean receding into the horizon that’s visible throughout the performance captures as many shades and colors as Vivaldi’s music.

The Spoleto Festival USA Orchestra handles the particular demands of the Baroque score deftly under the direction of David Peter Bates, who conducts from the harpsichord. They fill the Dock Street Theater with sound when necessary, but never overpower the singers, and at other times quiet to a thrilling hush that lets the voices shine with subtler emotions.

Farnace has four more performance during the festival on June 2nd, 5th , 7th and 9th. Details are at spoletousa.org.

Regrettably, the presentation by the Maria Pagés Company performed on only two consecutive days early in the festival. But if you ever come across this ensemble again, it will be well worth your while to catch it. 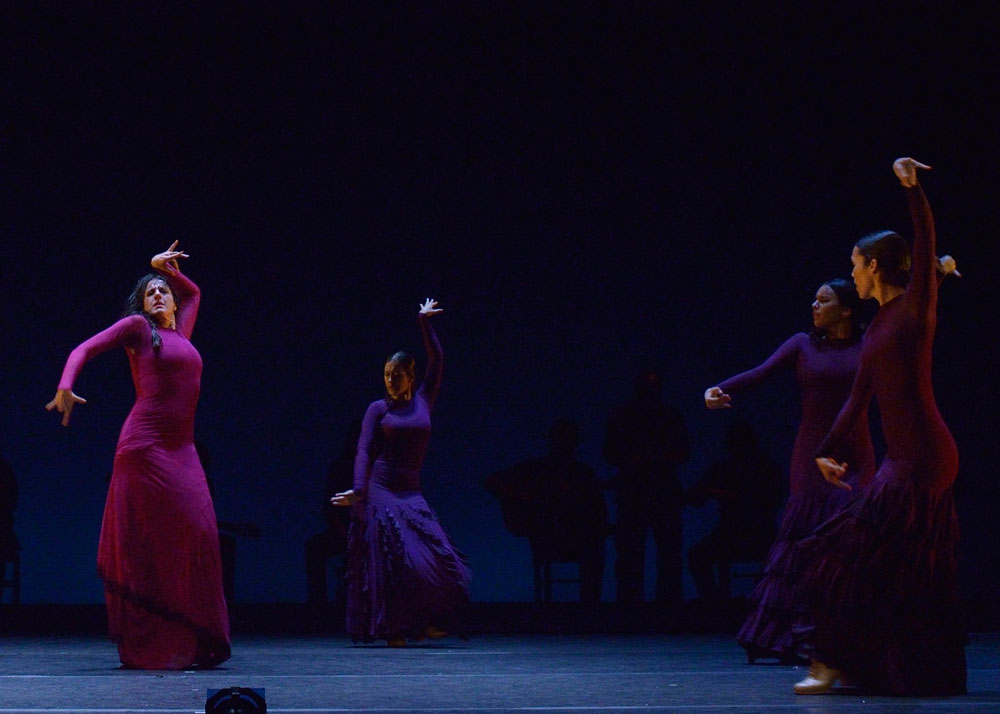 Flamenco luminary María Pagés brings her work, Yo, Carmen, to the Gaillard Center on May 27 and 28, 2017. Photo courtesy of Spoleto Festival USA/Davind Ruano

Their program Yo, Carmen – “I, Carmen” – is an ode to womanhood in the fiery language of the flamenco music and dance of the Spanish gypsies. The character from Bizet’s opera (and some of the more familiar parts of its score) serve as reference points for a series of dance vignettes that also employ poetry, song and even a quasi-rap, “Todas las mujeres” – “All the Women.” The production is at once authentic and sophisticated, with the traditional aspects of flamenco blended with elements of modern dance and performance art. The meticulously designed and executed choreography is viscerally stimulating and visually stunning. It’s a shame it couldn’t have a longer run at the festival.