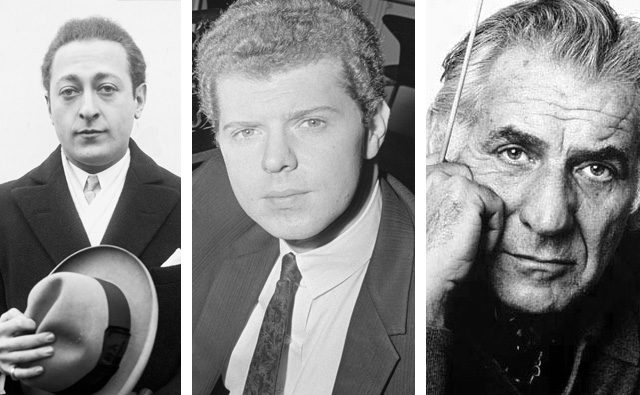 This month WDAV has been putting the spotlight on some of the musical Legends of the past and present.

There were many great talents of the 20th century who laid the solid groundwork for the current generation of composers, musicians and conductors.

Every day this month we’ve been sharing classic recordings from the likes of violinist Jascha Heifetz, who parlayed a Hollywood-saavy marketing presence to help expand the popularity of classical music in the mid-20th century; pianist Artur Rubinstein, regarded as the greatest Chopin interpreter of the 20th century and whose 80-year high-profile career is unparalleled in music history; composer-conductor-pianist Leonard Bernstein, who deftly melded his encyclopedic knowledge of music with his outgoing personality to become classical music’s highest profile ambassador on TV from the 1950’s through the 1970’s; and international piano hero Van Cliburn, who single-handedly supplied a warm comforter at the height of the Cold War when he triumphed at the first Tchaikovsky Piano Competition in Moscow in 1958.

These figures and many others inspired generations of young musicians who have grown to become today’s living legends, such as violinists Itzhak Perlman and Anne-Sophie Mutter, pianists Daniel Barenboim, Mitsuko Uchida and Andre Watts.

Hear these and many more legendary artists’ recordings in special spotlights every day until Thanksgiving on your Classical Companion 89.9 WDAV and WDAV.org.