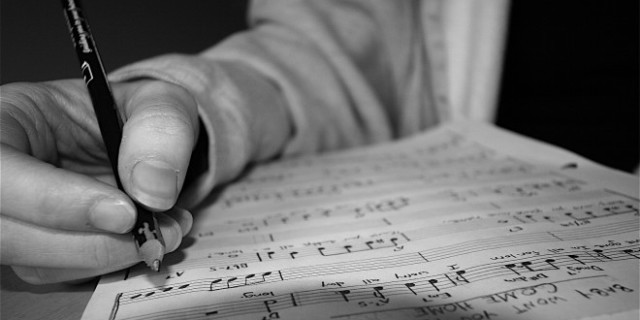 THE EAR is a competition for classical composers based on the idea that there’s so much more classical music yet to write, yet to love.  And Alf Bishai, founder and artistic director of THE EAR, wants to hear it.

Hence, THE EAR. It’s a competition that seeks short scores (defined as “Fur Elise-length”) submitted with handwritten statements of support from the composer’s allies and friends.  It promotes itself as “a new/old classical music idea” for good reason: although the competition strategy is new, it’s rooted in something hundreds of years old: the art of composing classical music. They seek “mainstream classical composers,” aspiring to “[bring] the party back to classical; we’re summoning all composers who consider it a high calling once again to write for people, and we won’t stop experimenting until we’ve figured out together how to re-capture society’s imagination.”

Yet we’ve gotten a mixed response from our friends about this idea. A few composer friends of ours have been less than thrilled by the concept (putting it mildly). But other friends think that this has the ability to inspire new music – and after all, isn’t that worth appreciating?

See for yourself, and let us know what you think. And if you enter THE EAR, drop a comment below to tell us about your score and your process.

To learn more about the competition – or to sign up for updates leading up to the October 2015 launch – visit www.theearclassical.com.