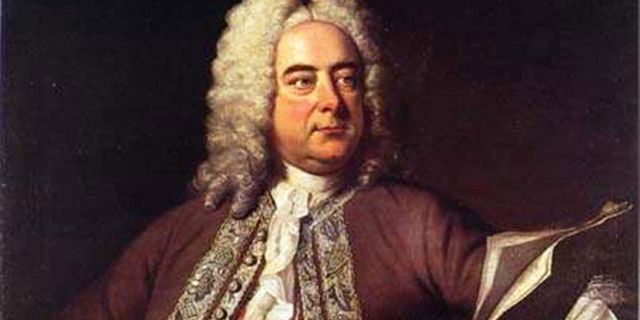 One of the most prominent Baroque composers, George Handel was born on February 23, 1685 and lived a long life full of brilliant musical composition. He wrote almost 30 oratorios and 50 operas. His most famous oratorio, Messiah, was written in 1741 and is still honored, with events such as the DIY Messiah at the Harris Theater in Chicago.

To celebrate his February 23rd birthday, here are five things you may not know about George Handel:

1. Handel composed despite a long history of health complications: In 1737 his company went bankrupt and he suffered a mild stroke, but then he went on to compose some of his most celebrated oratorios, Saul and Israel in Egypt in the same year.

3. He completed his last oratorio late in life: Jeptha was performed at Covenant Garden Theater in London in 1752, seven years before his death in 1759. He lived until he was 74, which was a very long life for the time  — the average life expectancy was around 40.

4. He did what he loved: Before entering into the music world, Handel studied law as per the request of his father who pushed him to do so. But he quit shortly after enrolling to pursue his love of music.

5. Handel was generous in both life and death: He paid for his own funeral – he donated money so that his family wouldn’t have to bear the financial burden. He also divided his assets among his servants and various charities when he died.

Listen to an excerpt of Jeptha here: