WDAV WINS $165,000 IN FIRST-EVER FUNDING FROM THE NATIONAL ENDOWMENT FOR THE ARTS

POSTED June 30, 2011 – WDAV Classical Public Radio has won its first-ever funding from the National Endowment for the Arts. The station will use the two “Arts on Radio and Television” grants, totaling $165,000, to attract more listeners to classical music with its original over-the-air and online programming.

WDAV receives $90,000 from the NEA to support its Listen Live Fund, which allows the station to capture classical music performances at Carolinas festivals, concert halls, churches, and opera houses, and make them available to public radio stations across the country. The Listen Live Fund supports WDAV’s nationally syndicated productions, including Carolina Live, SummerStages, and NPR World of Opera. An additional $75,000 from the NEA supports Concierto, WDAV’s original weekly two-hour bilingual classical music program that calls special attention to the contributions to the art form by Latin-American and Spanish composers and performers. Concierto is currently heard in fifteen markets across the United States and is also available as an on-demand stream at concierto.org. 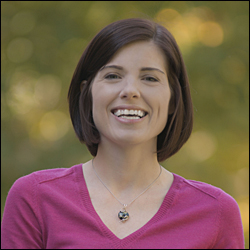 “What a vote of confidence to have one of America’s foremost arts funders, the NEA, distinguish our projects as worthy of such significant support!” says WDAV Interim General Manager Kim Cline. “But these awards go far beyond a recognition of WDAV. With these grants, the NEA recognizes the regional performing organizations we love to feature and the new audiences we hope to attract.”

National Endowment for the Arts Chairman Rocco Landesman announced WDAV’s awards as part of the NEA funding for Fiscal Year 2011, totaling more than $88 million awarded through 1,145 grants to not-for-profit national, regional, state, and local organizations. Through the Arts on Radio and Television category, 64 grants out of 145 eligible applications were recommended for funding, for a total of $4 million.

About NEA
The National Endowment for the Arts was established by Congress in 1965 as an independent agency of the federal government. To date, the NEA has awarded more than $4 billion to support artistic excellence, creativity, and innovation for the benefit of individuals and communities. The NEA extends its work through partnerships with state arts agencies, local leaders, other federal agencies, and the philanthropic sector.  To join the discussion on how art works, visit the NEA at http://www.arts.gov.

About WDAV Classical Public Radio
WDAV is one of America’s leading producers of original classical-music programming. In addition to producing 140 hours per week for its own broadcast use on its HD-1, HD-2, and wdav.org channels, the station produces nationally-distributed programs, including NPR World of Opera, Concierto, SummerStages, and, in partnership with ETV Radio of South Carolina, Carolina Live. A service of Davidson College in Davidson, NC, WDAV’s 89.9FM signal reaches a 22-county region centered in the Charlotte, NC metro area and ranging from Rock Hill, SC to Galax, VA. WDAV’s broadcasts can be heard live online 24 hours a day at wdav.org and iTunes, as well as on any iPhone or iPad equipped with the “Tuned In,” “NPR Music” or “Public Radio Player” app.