POSTED June 3, 2011 – For those classical music fans who want to hear the world’s great music-makers performing in a relaxed setting, summer music festivals are the answer! And beginning Sunday, June 5, WDAV Classical Public Radio takes its listeners on the road every week with the debut of its newest show, SummerStages. The 13-week concert series travels from Norfolk’s Virginia Arts Festival to Charleston’s Spoleto Festival USA, then to western North Carolina for the Brevard Music Festival before finishing its summer tour in Greensboro at the Eastern Music Festival. 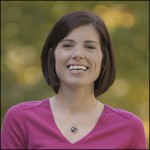 “SummerStages is another opportunity to bring WDAV listeners into weekly contact with our region’s – and the world’s – best music-makers,” says WDAV Interim General Manager Kim Cline. “We’re delighted to showcase this all-star roster of conductors: JoAnn Falletta (from the Virginia Arts Festival and Brevard Music Festival); Keith Lockhart, Grant Llewellyn and Matthias Bamert from Brevard; and of course, Gerard Schwarz from the Eastern Music Festival. SummerStages listeners will hear the performances from the best seat in the house. And we’ll go backstage too, for interviews with soloists and conductors, as well as college and pre-college students who are just launching their professional careers. Given the informal and collegial atmosphere of these festivals, we expect to introduce listeners to ‘the real people’ behind the music.”

The weekly two-hour SummerStages features an outstanding collection of classical music’s great performers and conductors. Each SummerStages episode, along with extended interviews, videos and links, will be available on-demand at SummerStages.net. A detailed (and subject-to-change) week-by-week rundown includes:

Sunday, June 12 at 4 p.m.
At the Virginia Arts Festival, The American String Quartet is joined by pianist André-Michel Schub in a performance of the Quintet for Piano and Strings in F minor by César Franck. Also on that program are Beethoven’s String Quartet in G major and Schubert’s String Quartet no. 14 in D minor (“Death and the Maiden”). WDAV’s Mike McKay and Joe Brant host.

Sunday, June 19 at 4 p.m.
The peripatetic James Gaffigan conducts Charleston’s Spoleto Festival Orchestra in a crackling performance of Prokofiev’s Symphony No. 5 in B-flat. The Dance of the Seven Veils by Richard Strauss and Tchaikovsky’s Serenade for Strings round-out the program, hosted by WDAV’s Mike McKay and Rachel Stewart.  This episode from Spoleto is a co-production with South Carolina ETV Radio.

Sunday, July 24 at 4 p.m.
It’s the 200th anniversary year of the birth of virtuoso pianist and composer Franz Liszt, and the Brevard Music Center Orchestra pays tribute with this program featuring the Center’s artistic administrator, pianist Bruce Murray. He performs Les Preludes and the Piano Concerto No. 2 in A major by Liszt. Rounding-out the program is Beethoven’s Symphony No. 7 in A major. The renowned Matthias Bamert conducts. Frank Dominguez and Dick Kowal host.

Sunday, August 14 at 4 p.m.
Violinist Nadja Salerno-Sonnenberg joins old friend Gerard Schwarz and the Eastern Music Festival Orchestra in a performance of Bruch’s Violin Concerto No. 1 in G minor. Also on the program: Don Juan by Strauss, Symphony No. 5 in D minor by Shostakovich and a world premiere work by Peter Boyer. Mike McKay and Joe Brant host.

The program is made possible by the Bechtler Museum of Modern Art and WDAV’s Listen Live Fund. Contributors include Cynthia Tyson, the Jane Cooke Brynn Music Education Fund, the Estate of Debra Buggie and the National Endowment for the Arts.  SummerStages will be made available for broadcast to public radio stations across the country.

About WDAV Classical Public Radio
WDAV is one of America’s leading producers of original classical-music programming. In addition to producing 140 hours per week for its own broadcast use on its HD-1, HD-2, and wdav.org channels, the station produces nationally-distributed programs, including NPR World of Opera and Concierto and, in partnership with ETV Radio of South Carolina, Carolina Live. A service of Davidson College in Davidson, NC, WDAV’s 89.9FM signal reaches a 22-county region centered in the Charlotte, NC metro area and ranging from Rock Hill, SC to Galax, VA. WDAV’s broadcasts can be heard live online 24 hours a day at wdav.org and iTunes, as well as on any iPhone or iPad equipped with the “Tuned In,” “NPR Music” or “Public Radio Player” app.