DAVIDSON, NC — WDAV 89.9 Classical Public Radio and South Carolina ETV/Radio will co-produce Carolina Live, a weekly program of the Carolinas’ best live classical concert recordings. The show will be broadcast in the Charlotte region on WDAV 89.9FM; in Columbia, SC at WLTR 91.3FM; in Greenville/Spartanburg, SC at WEPR 90.1FM; and in Charleston, SC at WSCI 89.3FM.

Carolina Live is the centerpiece of WDAV’s push to showcase regional music and music-makers. The new two-hour co-production debuted on January 5, 2010 and can be heard on Tuesdays at 7 PM in South Carolina and Saturdays at 3 PM on WDAV. 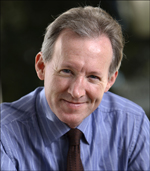 “This co-production with SCETV/Radio is an extension of the partnership we established last year with our Spoleto Festival USA coverage,” notes WDAV General Manager Benjamin K. Roe. “For Carolina Live listeners, the collaboration brings more diversity to the show’s musical offerings, as we will feature North and South Carolina performances. More important, it helps us build awareness and new fans for the organizations whose concerts we broadcast.”
In its first episodes for 2010, Carolina Live will feature live concert recordings of The American Chamber Players at Queens University in Charlotte and at Converse College in Spartanburg, SC; the Greenville (SC) Symphony Orchestra; the Greensboro (NC) Symphony Orchestra; the Winston-Salem Symphony; and performances from the 2009 Spoleto Festival USA. 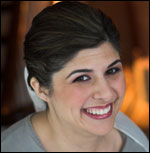 Carolina Live also welcomes a new host, Lauren Rico. She is well known to WDAV listeners for her overnight hosting duties on The Early Shift. South Carolina listeners already know her from her years on the nationally syndicated Classical 24 and as a substitute host on Performance Today. For Carolina Live episode details, visit www.carolinalive.org.
The Carolina Live partnership is one of several changes WDAV is making to its programming schedule, effective this month.

To learn more about these and all of WDAV’s programs, please visit wdav.org.
About WDAV 89.9 Classical Public Radio
WDAV is fast becoming a national showcase for the arts in the Carolinas, thanks to its round-the-clock classical music programming, original productions, live broadcasts, commissioned concerts, videos, podcasts, and social media. A service of Davidson College, WDAV’s 89.9FM signal reaches a 22-county region centered in the Charlotte, NC metro area and ranging from Rock Hill, SC to Galax, VA. WDAV’s broadcasts can be heard live online 24 hours a day at wdav.org and iTunes, as well as on any iPhone equipped with the Public Radio Player.