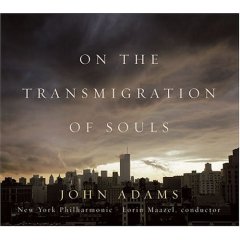 There are dates that come along once in a generation during which something occurs – usually catastrophic in nature – that indelibly impresses the date in our collective memories.
No one who witnessed September 11th, 2001, even from afar, will ever forget those events. The anniversary of the attacks has been triggering such memories in me for years, and apart from the images of horror we’re all familiar with, my memories revolve around WDAV.

I was actually closer to the events when they happened than comfort would ideally have allowed: on a runway at Charlotte-Douglas International Airport waiting for my flight to take off so I could attend a public radio conference in Baltimore. At least I was among the fortunate whose flights were cancelled before they left home; as is well known, millions were stranded many miles from their loved ones.
As we were shepherded off the plane, no one quite knew what was going on. We were just told that no flights would be leaving today, which seemed decidedly strange. Even as I walked through the terminal and caught glimpses of one of the burning towers of the World Trade Center on TV, the scale of what had happened eluded me. I thought it was just an awful accident.
My first reaction was the irrational desire to call my wife at work and my kids at school (after all, they were safe here in Charlotte; why this instinct to check on them?). Whether to my credit or otherwise, my first call was actually to WDAV so that I could convey instructions to the programming staff I supervise. Obviously, an event of this magnitude was of concern to everyone, so it seemed clear that we needed to expand our schedule of NPR newscasts to hourly throughout the day and night, so that our listeners could stay informed.
Fortunately, General Manager Kim Hodgson had anticipated me and given that instruction already. But Kim went beyond what had occurred to me, and instructed Music Director Ted Weiner to change the music programming for the day. With the disturbing images of the attacks which were becoming inescapable, Kim reasoned that it would not be appropriate to play Offenbach’s Can-Can or similarly frivolous fare.
It was a decision I greatly admire, and one, I might add, that apparently never occurred to many of our colleagues in classical radio across the country, who clung to their usual play lists with myopic indifference. But it was absolutely the right one, as was soon to become clear from the moving testament of countless WDAV listeners we would hear from over the next few weeks and months.
Now, changing the music already scheduled may not seem like much of an undertaking for a lay person from outside radio. But in actuality it was a tremendous task, because it wasn’t just a matter of dropping a few selections here and there. With his usual fervent commitment, Music Director Ted Weiner (who for years has selected all of our locally hosted classical music himself) crafted entirely new days and evenings of programming that achieved just the right tone to help with the emotional upheaval we were all feeling.
There were excerpts from masses and other sacred works, but also gentle instrumental passages that soothed and reassured listeners who could no longer contemplate the full extent of what had occurred. I can still see Ted hunched over the computer in the Music Library with a small television at his side so he could keep track of events while he revised hours and hours of music. It took a lot of extra time and energy on his part, and at one point I had to tell him to go home; the strain of the effort and everything he was watching unfold had become more than he could or should handle.
At first we wondered if anyone was even listening to us over the next few days: surely everyone was riveted to their TVs and all-news radio stations. But it soon became clear that, whatever efforts they may have been making to stay abreast of developments, listeners were in fact eventually turning to us, and were gratified to find a refuge that offered them relief, solace and even occasionally inspiration. And as the distance from the crisis grew and we were all urged to carry on with our lives for the good of the nation, WDAV tried to aid in that transition by gradually returning to the programming guidelines most of our listeners know and love.
Classical music isn’t the most popular or lucrative of radio formats, and its reputation sometimes borders on the irrelevant. But witnessing the power that classical music could have in listeners’ lives during that time has profoundly affected my understanding of my work and this station’s role in the community. I have never for a moment since regretted my choice of occupation.
I realize now that, even if we never see another day like 9/11/2001, we will still provide the same kind of sanctuary to thousands of individual listeners going through their own personal catastrophes. I’ve also come to truly understand the value that there is, especially in these hectic, stressful, uncertain times, to having a place where you can turn for music that gets you through even the routine days.
During this September 11th, WDAV will observe the anniversary as we have the last few years, with occasional brief selections throughout the day. We’ll also present complete performances of two very different types of works associated with 9/11 during our Night Music from 9 until Midnight.
One of those works is perhaps the most high-profile new music to come from the events, John Adams’ Pulitzer and Grammy-winning composition On the Transmigration of Souls. Although I know some will find it challenging, it offers an expression of the totality of the event that I think most would agree is simply amazing. The other is a much more traditional work that has been comforting the bereaved for more than a century, the Brahms German Requiem.
This programming is offered in the spirit of another human activity which classical music complements so well: remembering.
To view a list of works aired on WDAV on September 11, 2001, click here.
An interview with John Adams about On the Transmigration of Souls is here.
To purchase a recording of On the Transmigration of Souls, click here .